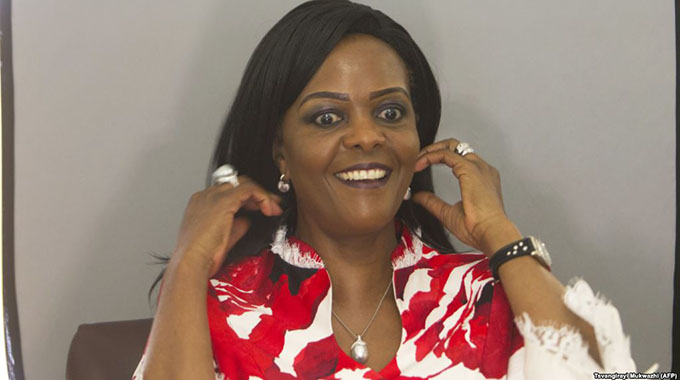 The identity of two men arrested in connection with a grenade attack allegedly targeting President Emmerson Mnangagwa during a rally in Bulawayo on June 23 was revealed yesterday as details started to emerge on how the Zanu PF leader narrowly escaped death. 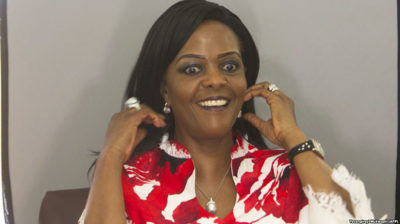 Douglas Musekiwa and John Zulu were supposed to appear before a Bulawayo magistrate facing “insurgency, banditry, sabotage or terrorism” charges, but the case failed to take off under unclear circumstances.

The duo, whose ages were not given, were whisked away by police officers following disagreements over how to proceed with the case involving court officials.

Public prosecutor Charles Danda professed ignorance about the alleged suspects’ whereabouts when magistrate Adelide Mbeure called out their names to appear before her at the Tredgold courts.

Sources said police tried to get warrants to further detain Musekiwa and Zulu without them appearing in court, but they were reminded that suspects must be produced in court within 48 hours after their arrest.

According to an application for further remand signed by a Chief Superintendent Moyo, the two were arrested without a warrant because there were “reasonable grounds of suspicion” that they committed “a crime of C/S 23(1)(c)(i)(ii) of the Criminal Law Codification and Reform Act Chapter 9:23”.

Sources said the police had tried several times to convince court officials to grant the application for further remand without Musekiwa and Zulu appearing in court, but without success.

“In terms of the law, that sort of application cannot be granted without the suspects appearing in court,” a court official said.

After failing to prevail on the court officials, the detectives whisked the suspects away. Zulu and Musekiwa were walking with great difficulty.

Sources said the detectives later tried to apply for further detention at the Western Commonage Magistrates Court in Mpopoma high-density suburb, but failed. The claim could not be independently verified.

Kashiri and Mohadi are still receiving treatment in South Africa.

Meanwhile, sources said a crackdown had since been launched mainly targeting members of the Central Intelligence Organisation and other security departments following the alleged assassination attempt.

They said Musekiwa and Zulu could have CIO links, if they were not operatives. A third suspect who is said to have received some form of military training is said to be in detention in Harare.

Although police spokesperson Senior Assistant Commissioner Charity Charamba was not picking up calls yesterday, Vice-President Constantino Chiwenga yesterday said law enforcement agents were still investigating the matter and the culprits would be brought to book.

“This is satanic. We lost innocent lives, innocent people. Why would you want to take somebody’s life as if you are going to live forever? Anyway, we condemn this act and move forward. This should give us the zeal and power to move forward,” he told the rally.

A source said Zulu and Musekiwa could be part of a group behind the grenade attack, but authorities believed the main suspect had a military background.

“The prime suspect was picked up by members of the military intelligence and another one was arrested on Thursday night but nobody knows if the police would be involved in the interrogation of the suspect,” said a source.
“But generally, all security details suspected to have knowledge or involved in what happened in Bulawayo are being questioned again and again and they have been placed under surveillance.
“The prime suspect is a young male whose age we are told is 25 and was positioned at the end of the VIP tent throughout.

“He seems to have security training and was working with a clique whose extent and motive we are yet to establish.”
The attack has allegedly caused tension among various security departments amid counter accusations over the failure to provide Mnangagwa and his VPs with proper security.

Sources said security meetings held on Saturday night — soon after the attack at Bulawayo State House — Sunday evening in Harare as well as on Monday and Wednesday afternoon concluded that laxity by security details, tension and infiltration made the attack possible.

The insiders said the missile could not have been detected due to sloppy security arrangements and lack of coordination.

“This is a clear case of neglect, a sloppy security system and a coordinated clique of individuals who had done a reconnaissance on the president’s rally as well as the response of the security details to the crowd,” a source close to the investigations quoted minutes of one of the briefings.

They suggested that Mnangagwa survived the attack by a whisker as the grenade — thrown from a 15m-radius within the tent where VIP delegates were seated — could have landed three metres from where he was.

The Zanu PF leader could have been a casualty had the missile not hit a rope on the VIP tent ; redirecting it two metres away from its intended landing.

“The deflection it took saved the president. In fact, the security wall around president was created late,” another source said.

The sources said information gathered so far showed that the grenade could have been pineapple shaped which is more cylindrical with small squares on the side to assist the assassin in gripping it, hence its greater accuracy rate.
“The accuracy rate could be put at 90% as it missed the president (assuming he was the target) by an inch,” the source said.

“Had it not hit the rope to cause a deflection, the victims could have included the president and his close security.”

The series of meetings agreed that the VIP protection mechanism must be reviewed.
This would entail constant use of young sniffer dogs at public rallies, bomb detection devices as well as resorting to the old system where the security units treated each other with respect and their security alerts taken into account.

There was a feeling that that although the police’s sniffer dogs were specially trained to detect explosives using their noses, which are very sensitive to scents, their usefulness became degraded as a dog becomes tired or bored.
“These dogs are trained by specially trained handlers to identify the scents of several common explosive materials and notify their handler when they detect one of these scents.

“The dogs indicate a ‘hit’ by taking an action they are trained to provide, generally a passive response,” another source said.

“From the analysis of events, it seem as if the dogs got tired and in such cases, they become less reliable, as the day goes on.”

Mnangagwa told the BBC that he suspected the suspect was linked to G40, a former Zanu PF faction which had coalesced around ex-first lady Grace Mugabe.