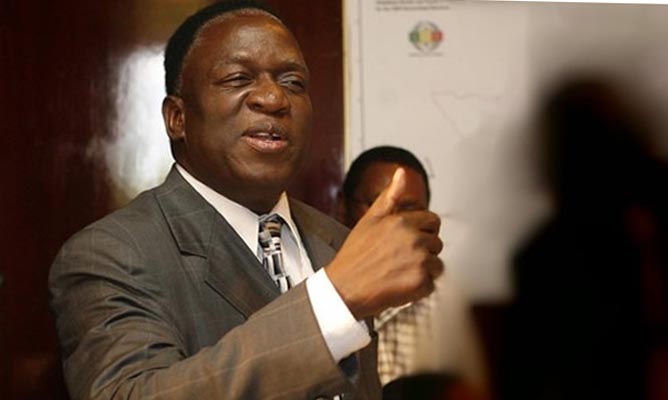 Source: Mnangagwa bows to Chinese pressure – The Zimbabwe Independent May 24, 2018

THE Zimbabwean government has bowed to Chinese pressure and will restore Anjin Investment’s operating licence after finalisation of the new diamond policy, nearly three years after the entity was stopped from mining in Chiadzwa, the Zimbabwe Independent can reveal. 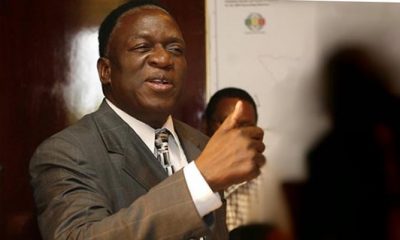 Last week, President Emmerson Mnangagwa hinted that government would consider roping in new players in Chiadzwa after finalisation of a national diamond policy.

ZCDC was formed in the wake of government’s decision to cancel mining rights held by companies operating in Chiadzwa.

Subsequently, mineral concessions for most companies in Marange were amalgamated under ZCDC.

Anjin Investments, whose shareholders include Anhui Foreign Economic Construction Company Ltd of China (Afecc) and Matt Bronze — an investment vehicle controlled by Zimbabwe’s military — was suspended from mining diamonds in Chiadzwa in 2016 for allegedly failing to remit taxes, but resisted the merger.

Government had also terminated the operating licences of six other companies which were extracting gems in the area.

However, Anjin has maintained its presence in Chiadzwa though without operations after it filed an application at the Constitutional Court challenging government’s decision to terminate its mining rights.

Sources say Harare has buckled down to pressure to restore Anjin’s licence following Mnangagwa’s visit to China in April where President Xi Jinping expressed dismay at how Zimbabwe was treating Chinese investors.

China, sources said, was also incensed by a damning report released by Harare which indicated that Chinese firms were top on the list of investors who were illicitly externalising foreign currency from Zimbabwe.

“Basically, government is in a rethink mode and there is consideration to restore Anjin’s mining rights.

There is admission on the part of government that it erred when it suspended Anjin from mining diamonds in Chiadzwa,” one official said.

“As a result, the recent pronouncement by President Mnangagwa that government is reviewing the diamond policy is a strategy to correct the mistakes that former mines minister (Walter) Chidhakwa made when he kicked out Anjin and the other firms operating in Chiadzwa.”

The official said the restoration of Anjin’s operating licence would also send positive signals to foreign investors that the new administration respects property rights, at a time government is saying Zimbabwe is “open for business.”

Afecc, sources added, was also unhappy about Harare’s decision to suspend its mining rights in Chiadzwa, given the huge capital injection it had poured into the project, estimated at US$225 million.

The bulk of the capital expenditure was channelled towards setting up a diamond conglomerate plant as well as relocating thousands of families living in the Chiadzwa diamond fields to Arda Transau.

The decision by Mnangagwa’s administration to restore Anjin’s mining rights follows an investigation government recently launched into how the mining firm was looted and stripped of assets potentially worth millions of dollars during the time it has not been operating.

The company is also conducting an independent investigation to determine the full extent of the financial prejudice it could have suffered as a result of the asset-stripping and looting.

As a result of the abrupt termination of mining operations, Anjin has since laid off part of its workforce to rein in an unsustainable wage bill which is being footed by revenue generated from its subsidiary, the Golden Peacock Hotel in Mutare.

The miner had a staff compliment of close to 2 000 employees when it was still operating, but the figure dropped to about 400 when operations were suspended, an 80% cut in its workforce.

In Zimbabwe, Anjin’s investment portfolio includes the three-star Golden Peacock Hotel in Mutare, while it also has interest in Harare’s Long Cheng Plaza mall through Afecc.

After suspending operations, Anjin was directed to surrender its diamond stockpile which was auctioned by the Minerals Marketing Corporation of Zimbabwe.

Subsequently, the miner received its share of earnings after government had deducted taxes.

The envisaged diamond policy is expected to plug mineral leakages, which have significantly prejudiced the country of significant revenue, among other key priority areas.

During his last years in power, former president Robert Mugabe claimed that Zimbabwe could have been prejudiced at least US$15 billion in revenue through diamond leakages, although he told the Zimbabwe Independent in an interview in March that he had plucked this figure out of the air.