Mnangagwa calls for elections on July 30 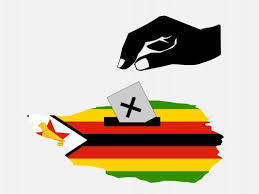 Source: Mnangagwa calls for elections on July 30 – The Zimbabwe Independent May 30, 2018

Mnangagwa, who became president following the military take-over, has promised to deliver on free and fair elections to win over Zimbabwe’s critics at home and abroad.

Missing from the July ballot for the first time in 20 years will be Zimbabwe’s foremost political gladiators, Mugabe and Morgan Tsvangirai, the former opposition Movement for Democratic Change (MDC) leader, the who died from cancer in February.

The vote will pit Mnangagwa against a clutch of opponents including 40-year-old Nelson Chamisa from the MDC.

In a brief statement in an official government gazette, Mnangagwa said that he had fixed July 30 “as the day of the election of the president, the election of members of the national assembly and election of councillors.”

Prospective candidates will be registered on June 14.

The 75-year-old Mnangagwa is seeking a victory that will give him a fresh mandate and the legitimacy that will strengthen his political hand after Mugabe was ousted in a coup.

Nicknamed “Crocodile” for his secretive and insular demeanour before taking office, Mnangagwa goes into the election with the advantage of incumbency. He has promised to break with Mugabe’s policies and says Zimbabwe is opening up to foreign investors.

Mnangagwa has officially applied for Zimbabwe to re-join the Commonwealth it left in 2003 under Mugabe and has invited the grouping of former British colonies to send observers to its elections. The Commonwealth suspended Zimbabwe over accusations of having flawed elections in 2002.-Reuters