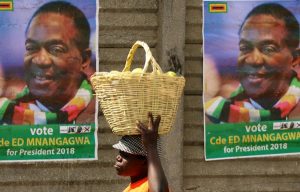 HARARE – Zimbabwe’s president Emmerson Mnangagwa has announced the country’s national elections will be held on 30 July, Reuters on Wednesday cited a government document as saying.

More than 100 political parties are expected to take part in the polls.

The Zimbabwe Electoral Commission (ZEC) opened the voters’ roll for inspection just over a week ago.

The July election will be the country’s first since independence in 1980 without long-time ruler and former president Robert Mugabe.

About 5.5 million Zimbabweans have registered to vote in the country’s elections.