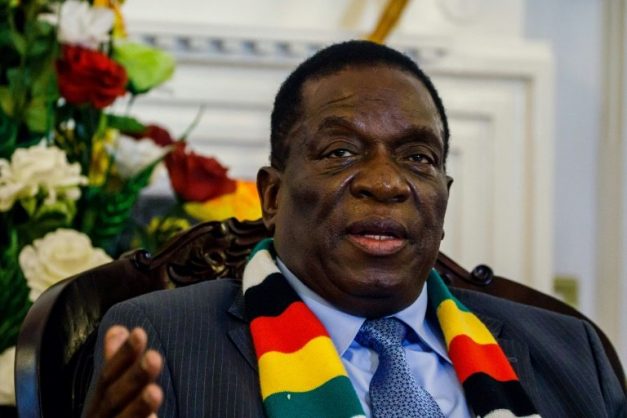 Immediately after the elections, violence broke out following protests which saw the military being deployed onto the streets of Harare.

Zimbabwean President Emmerson Mnangagwa today established a task force to address the issues raised by the Kgalema Motlanthe commission of inquiry into the country’s August 1 post-election fatal shootings as well as issues raised by various groups that observed the July 2018 harmonised elections.

The announcement was made by the information, media and broadcasting services ministry.

“Government remains committed to implementing political, electoral and legislative reforms aimed at deepening the country’s democratic processes as well as the ease of doing business,” the ministry said.

“President Mnangagwa has established an inter-ministerial task force to address issues arising from the reports by the 2018 harmonised election observer missions as well as the findings of the Motlanthe commission.”

Justice, legal and parliamentary affairs’ Ziyambi Ziyambi would chair the task force, while his foreign affairs and international trade counterpart Sibusiso Moyo would act as deputy.

Zimbabwe held its first post-Robert Mugabe elections in July 2018, which were aimed at restoring constitutionalism following a November 2017 coup that toppled the long ruling leader.

Mnangagwa invited international observers and made commitments to implement their recommendations.

The disputed July 31 elections were observed by international groups like the European Commission, Commonwealth, The Elders, the International Republic Institute and the National Democratic Institute, African Union and SADC.

Election observers raised red flags over “an unlevel playing field, intimidation of voters and lack of trust in the process [which] undermined the pre-election environment”.

Observers also cited misuse of state resources by the ruling Zanu-PF, among other issues.

Immediately after the elections, violence broke out following protests which saw the military being deployed onto the streets of Harare to quell protesters, leading to loss of life and injuries.

Under immense global criticism and pressured to show the world that he was different to his predecessor, Mnangagwa constituted a commission of inquiry into the August 1 post-election violence, which was chaired by former South African president Motlanthe.

Mnangagwa also promised to implement the findings of the commission.

The protests seemed to have been caused by delays in releasing the results of the presidential poll, amid fears of vote-rigging.

In its findings, the Motlanthe commission concluded that six people were killed and 35 others were injured by the military and the police during protests.

The commission also found that the protests were pre-planned by the opposition, which had declared beforehand that it was not going to accept any results other than a win.

The Motlanthe commission recommended “the establishment of a multi-party reconciliation initiative, including youth representatives, with national and international mediation to address the root causes of the post-election violence and to identify and implement strategies for reducing tensions, promoting common understandings of political campaigning, combating criminality, and uplifting communities.”