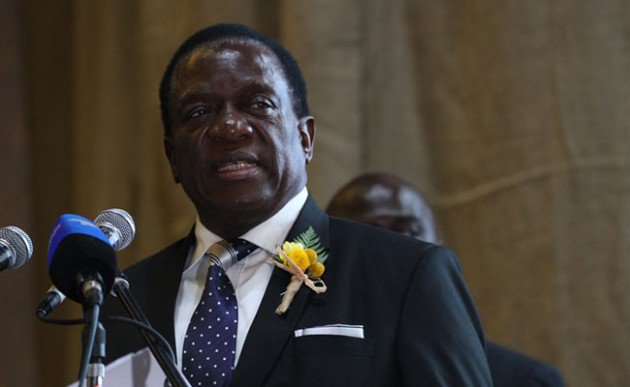 AXED Vice-President Emmerson Mnangagwa yesterday reportedly went into hiding in one of his closets in Harare following threats on his life as State security agents blocked him from leaving the country for neighbouring Mozambique via Mutare’s Forbes Border Post. 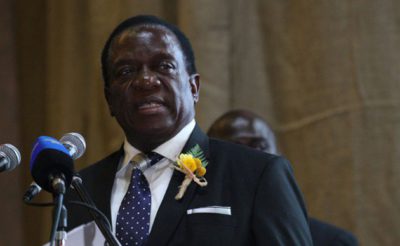 His family confirmed last night that Mnangagwa had sought refuge at a private home after receiving death threats from suspected State security agents.

This also came amid reports that Mnangagwa attempted to fly to South Africa on a private jet after developing stress-related oesophagitis and gastritis likely triggered by his expulsion from government on Monday.

Mnangagwa was relieved of his government duties by President Robert Mugabe on allegations of, among other crimes, undermining the 93-year-old Zanu PF leader.

NewsDay yesterday gathered that soon after being fired, Mnangagwa visited his medical doctor, an Air Commodore in the military, Jasper Chimedza, who referred him to a South African doctor for urgent medication.

The referral letter, dated November 6 and addressed to one doctor Motora of Milpark Clinic in South Africa, read: “As you recall, he was previously there with similar problems. The current condition has been triggered by stress. Kindly assist and advise.”
Oesophagitis and gastritis are conditions caused by excessive acids and can cause vomiting, upper stomach pain, nausea and inflammation of the stomach, according to a local medical expert.

NewsDay is informed Mnangagwa’s allies spent the better part of Monday looking for a private jet to fly the embattled former VP out of the country.

Mnangagwa’s handlers reportedly later advised him to travel to Buffalo Range in Triangle, where arrangements had been made for him to be picked up by a private jet supplied by his South African business partner. However, the jet reportedly failed to turn up.

According to government sources, Mugabe’s former deputy later decided to get out of the country via Forbes Border Post in Mutare, but he was allegedly blocked by police and immigration officials at the exit gate.

“He was here (Forbes Border Post) by 6am when the border opened, but officials refused to allow him to pass the exit gate and he had to retreat,” an immigration official based at the border post said.

The source added: “He and his team were among the first people to arrive at the border post but already there was an instruction to the effect that he should not leave the country. He (Mnangagwa) was travelling in a Mercedes Benz ML (Registration No ACX 0397) together with one Tarirai David Munangagwa (passport No CN 603159), who is believed to be his driver and three other people.

They were interviewed at the police border post and later released. The ML with two other guys was allowed to proceed to Mozambique but Mnangagwa and David were turned back in another car which was part of a three-car convoy.”

The ex-VP, the source said, was in very simple dressing suspected to be for concealing his identity. “He (Mnangagwa) was wearing sunglasses, a white hat and a black jacket. He was dressed so simple such that he could have succeeded to leave the country without being noticed had it not been for the passport of Tarirai and alertness on the part of the police,” another source said.

By late yesterday, Tarirai was still detained at Mutare Central Police Station although he had not yet been formally charged as Mnangagwa reportedly drove back to Harare. The former VP, however, did not go to his official Harare home but went into hiding after allegedly receiving several threats from suspected State security agents since his ouster.

Another source close to the family said the VP had sought refuge after word reached him that Mugabe had placed him on surveillance due to his strong links with the military fearing that he could “stage a coup”. “The President has instructed that he be kept under watch because there was a report which alleged that he was plotting a coup. Whether true or not, Mnangagwa is afraid and not staying at his house,” a family source said.

However, another close member of the ex-VP said Mnangagwa did not leave Harare as claimed but had sent his driver and other close allies to the border post as a “decoy to test if they could be allowed to leave the country without hassle”.

According to a close family member, Mnangagwa received phone calls and was being stalked by State security agents who feared that he could influence a coup against Mugabe after he was fired.

“He did not sleep at home last (Monday) night, his wife (Auxilia) and children have been receiving threatening phone calls. There have been threats on his life and one person who called him warned that if poison missed him, bullets won’t,” the family source said.

Yesterday, the family denied reports that Mnangagwa attempted to flee the country, but sent his nephew Munangagwa to the border post as a distraction.

“It was a decoy. He knew that they were after him and, therefore, sent his nephew and drivers to the border. It is true that people were trailing him and thought that he was in the car. They moved to block it from leaving the country upon realising that he was not there, they instead detained his nephew (David). He is fearing for his life, but he is not going anywhere,” the family member said.

National police spokesperson Senior Assistant Commissioner Charity Charamba said she could not comment over the matter as she was on leave, while her deputy, Chief Superintendent Paul Nyathi was not picking calls or responding to messages sent on his mobile phone.