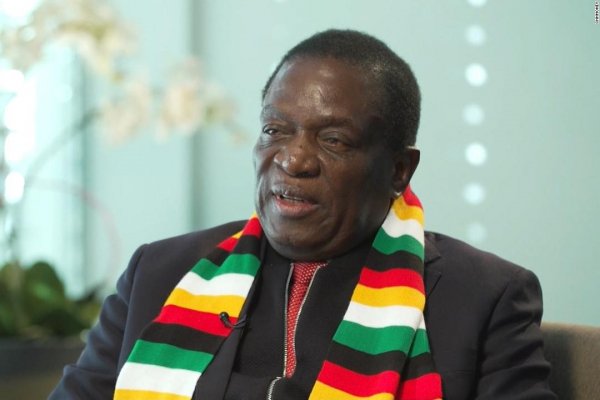 PRESIDENT Emmerson Mnangagwa could have violated some sections of the Constitution when he appointed a seven-member Commission of Inquiry into the August 1 shootings, legal think-tank Veritas has warned.

The probe team, which is led by former South African President Kgalema Motlanthe and comprises four international and three local commissioners, was announced last week, but is yet to assume its duties.

Its major task is to investigate circumstances leading to the fatal shooting of seven people when violence broke out in Harare’s central business district on August 1.

Veritas, in its analysis of the commission’s appointment, claimed that Mnangagwa violated section 110(6) of the Constitution by unilaterally picking the commissioners without involving Cabinet.

Section 110(6) of the Constitution reads: “In the exercise of his or her functions, the President must act on the advice of Cabinet, except when he or she is acting in terms of subsection 2.

“Although section 110(6) of the Constitution allows the President to act without Cabinet advice when exercising functions under subsection (2) of the section, appointing commissions of inquiry is not one of those functions. Under the Commissions of Inquiry Act, the President is never required to appoint one, and, hence, if he does, he must act on the advice of the Cabinet,” Veritas said.

Mnangagwa appointed the commission soon after his inauguration and before appointing a Cabinet.

The President said the commission would be sworn-in upon his return from China this week. He also indicated that the appointments would be gazetted to give them effect at law.

“When the President purportedly appointed the Commission there was no Cabinet to advise him, and only on August 30 shortly before he left for China, did he appoint two Vice-Presidents and by doing so formed a Cabinet of three – himself and the Vice-Presidents,” Veritas stated.

The legal think-tank also opined that the proclamation establishing the commission had not been published, adding that legally the commission was not yet in existence. The commission would only be legally established after Mnangagwa appoints a real Cabinet.

Veritas said any summoned witness who fails to attend or refuses to give evidence could be slapped with up to six months’ imprisonment.

Those that lie while giving evidence to the commission could face punishment of up to two years imprisonment, while those that disrupt the proceedings could be punished.

“If the commission is not legally established, it will not be able to exercise any of those powers. If the President had consulted his lawyers, they might have prevented him from giving the impression that he had already established the commission when legally he could not have done so,” the legal think tank said.

Veritas said there was need for transparency and safety of witnesses, and that the commission must pay attention to the laws, including section 213 of the Constitution, which stipulates that only the President can authorise deployment of the Defence Forces in support of the police in the maintenance of law and order.

But Midlands State University law lecturer Valentine Mutatu disagreed with Veritas, saying Mnangagwa was legally entitled to appoint the commission even without the involvement of Cabinet.

“He could have used Section 210 of the Constitution, which says an Act of Parliament must provide effective and independent complaints mechanism for receiving and investigating complaints from members of the public against members of the security forces,” Mutatu said.

“The conclusion that the President was legally obliged to get advice from Cabinet might not be legally correct.”

Human rights lawyer Prayers Chitsa concurred, saying: “I have not found anything in the Constitution which makes the conduct of the President unlawful, because the provisions of section 110, which clearly defines his executive functions, do not make it mandatory for him to seek any advice from Cabinet for him to appoint such a commission.

“Subsection 2 confers upon him powers to make appointments which the Constitution requires him to make, section 110, subsection 2, sub section D gives him the power to make those appointments, even if the law were to say he must get the advice from Cabinet. Advice remains advice, it doesn’t mean when you get advice you must necessarily take it on board, that’s why it’s called advice. It’s not an instruction you are not acting in consultation with Cabinet no,” Chitsa said.