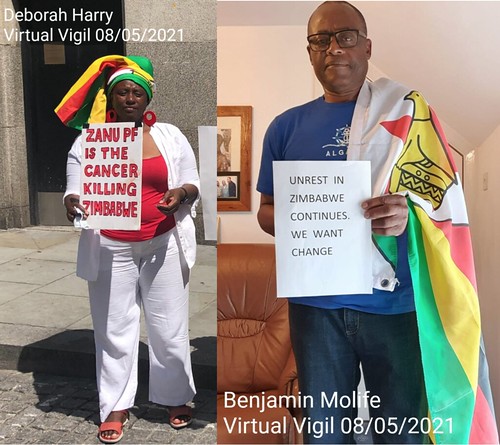 President Mnangagwa can now handpick judges, as well as his own deputies, after the Senate approved an amendment to the 2013 Constitution – with the help of MDC-T collaborators.

Musa Kika, executive director of the Zimbabwe Human Rights NGO Forum, said it was a sad milestone for democracy. ‘We are seeing Parliament blatantly ignoring the voice of the people who have clearly said they do not want these amendments . . . The message being sent is that the regime will seek power consolidation at all costs — even if it means mutilating an eight-year-old people’s constitution.’

Law expert Alex Magaisa said: ‘We are returning to a constitutionalised authoritarian regime. It is only the beginning of a process.  By the time they are done with the amendments, the constitution will not be recognised from the one adopted through a referendum.’

He said the whole aim of the 2013 constitution had been to limit the powers of the president, but amendments supported by MDC-T have now given back the ‘draconian rule’ by Zanu PF. ‘Now that Zanu PF knows that they have sufficient stooges for consolidation of power, more amendments are on the way,’ he warned (see: https://www.zimbabwesituation.com/news/sad-day-for-democracy/).

Dewa Mavhinga, head of Human Rights Watch in Southern Africa, urged organisations in Zimbabwe to challenge the development in court or hold protests. He said it threatened the rule of law by undermining the principle of separation of powers, putting excessive powers in the hands of the President (see: https://www.voanews.com/africa/zimbabwe-opposition-accuses-government-trying-undermine-judiciary).

Zimbabwean opposition and human rights groups held an online protest against the constitutional amendments on Thursday to avoid arrests because of the coronavirus lockdown and ban on public gatherings. One of the organisers, Jestina Mukoko, a director of the Zimbabwe Peace Project, said: ‘Should we just allow a few people to amend the constitution? As Zimbabweans, should we allow ourselves to be short-changed? It removes the tenets that we want to aspire to get to as Zimbabweans: democracy, transparency and accountability. If these amendments are allowed to take root, it means what we will have at the end is a dictatorship’ (see: https://www.voanews.com/africa/zimbabwe-rights-groups-opposition-stage-online-protest-against-constitutional-amendments).

A senior MDC-T official in Matabele North Province has resigned in protest over the faction’s endorsement of the constitutional amendment bill. Noris Nyathi, a former deputy mayor of Victoria Falls, accused the faction’s leader Douglas Mwonzora of failing to condemn the government’s continued persecution of human rights and opposition activists. ‘I consider it gross misconduct by our MPs, Senators including the presidium to give Zanu PF the needed two-thirds majority in order to pass the repressive Amendment Bill Number 2’ (see: https://allafrica.com/stories/202105060305.html).

Newer Post
U.S. Donation Kicks Off Landmine Clearing in One of the Largest Conservation Areas in the World
Older Post
Councils should collaborate in health service delivery