HARARE – President Emmerson Mnangagwa, since assuming office on November
24 last year, has really tried hard to stamp his mark on the country’s
politics. 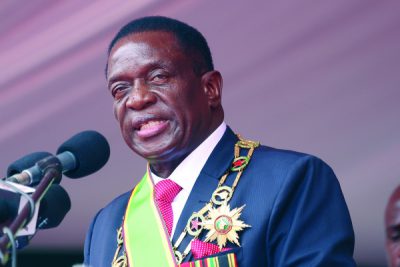 He has been consistent in preaching about economic reform, peace and
re-opening Zimbabwe’s business to the outside world.

It must be said that he has made mistakes too during this period. The
mistakes have been a result of trying too hard to the extent of setting
targets not consistent with the country’s current troubles.

In short, in spelling out his vision, Mnangagwa has set the bar too high
and finds himself attracting negative reception to this in the case of
failure to achieve these audacious targets.

Yesterday, government released the long-awaited list of alleged looters
who had failed to heed Mnangagwa’s calls for the return of the loot under
three-month moratorium which he announced in December.

After all the hype which surrounded  his tough rhetoric against graft,
including his three-month moratorium on people who externalised foreign
currency – which he said would help the government to recover some of the
money that was stolen during former president Robert Mugabe’s
controversial rule – it must be said with disappointment that the list is
deflating.

Some of the people or institutions listed who include schools, hair salons
and pharmaceutical distributors; surely do not fall in the category of
looters.

Without doubt, what was released yesterday doesn’t hit you in the face.
It’s a list containing names of companies that might pass off as brief
case companies.

It also has names of nonentities who, with all due respect, do not qualify
to be called looters.

What Zimbabweans were expecting was a list showing how the money was
removed from local banks to foreign banks in foreign lands such as the
Caribbean Islands, which are generally regarded as safe havens by those
illegally moving the money.

It was also expected that the list would include the names of banks where
the money is stashed, proprieties purchased and the countries were looters
hid their assets.

Instead, a plain list giving the names and amounts involved was what was
released – leaving many questions than answers for Zimbabweans who had
waited with bated breath for the release of “looters” list.

This is a missed opportunity for ED’s government.

As far as the court of public opinion is concerned, Mnangagwa has failed
to bare his teeth on corrupt officials, and most of them are found in Zanu
PF.