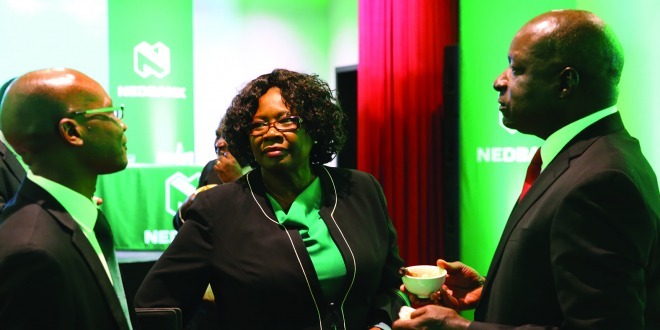 Nedbank Zimbabwe will pursue more cashless options such as internet banking and increasing point-of-sale (POS) machines, in an effort to reduce the demand for physical cash, an executive said yesterday.

Answering questions from journalists at the official launch of the brand, which was formerly MBCA Bank, Nedbank Zimbabwe managing director Charity Jinya said that they needed to put less pressure on physical cash to ensure money was available for critical imports.

“You will be aware that as Nedbank and MBCA we have been offering our clients some cash in the full knowledge that most of the cash that is available, for the country to operate effectively, we also need to put some of it to strategic imports,” she said.

Jinya said the bank has the mobile app (application) that “remains for you do some transactions as of when you require to do so, but we recognise that even though we have these electronic platforms you have a requirement for cash so as of at when cash becomes available we do offer that to our clients”.

The rebranding from MBCA Bank comes as a realignment with its shareholder. South African financial group, NedGroup Investments Africa has a 67,48% stake.

NedGroup Investments Africa acquired its stake in the formerly known MBCA Bank in 2007, which allowed Nedbnk Zimbabwe to expand its branch network in the country.

The rebranding into Nedbank Zimbabwe means “aligning product and channel offering as well as the brand identity to that of the NedBank Group thus bringing group benefits to the bank,” Jinya said.

“Other cashless initiatives Nedbank Zimbabwe will pursue to reduce the burden on cash will also be increasing automated teller machine (ATM) functionality.

“By putting value added services on ATMs such as bill payments, airtime purchases and cardless withdrawals aiming at improved convenience for our fast-growing customer base. The initiative will decongest banking halls and improve efficiency,” Jinya said.