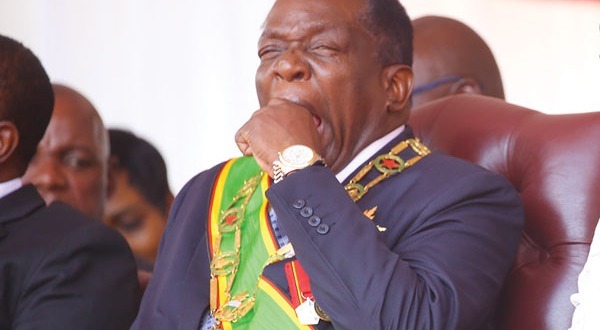 PRESIDENT Emmerson Mnangagwa’s son, Emmerson Tanaka, was allegedly duped of US$1 000 by a Harare man who promised to deliver suits for his wedding on August 25 last year.Samson Mavhunga (31), who is charged with fraud, appeared before magistrate Vongai Muchuchuti yesterday and was remanded to September 22 for trial.

The court heard that sometime in May 2019, Mnangagwa met Mavhunga who indicated that he specialised in designing and supplying wedding suits.

Mnangagwa developed an interest since he was preparing for his wedding which was scheduled for August 25, 2019. The two exchanged phone numbers for communication purposes.
In June last year, Mnangagwa allegedly gave Mavhunga an order to supply five Italian-designed suits.

Mavhunga allegedly charged Mnangagwa US$3 500 for the five suits before he was paid $1 000 deposit, with the balance of US$2 500 to be paid upon delivery.

It is alleged Mavhunga promised to deliver the suits two weeks before the wedding day, but later became evasive, leading to his arrest.
Caroline Mutimusakwa appeared for the State.