AMA to set up market hubs for fresh produce 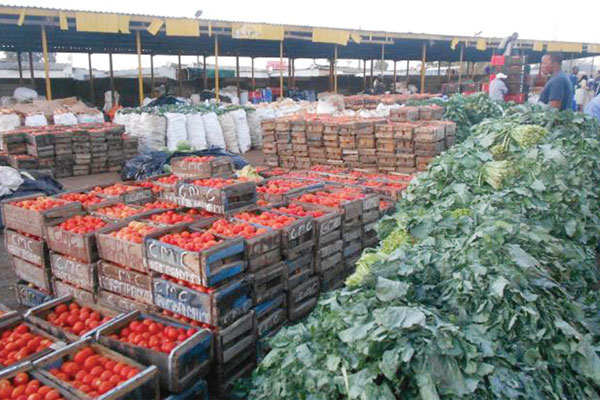 The hubs are expected to allow farmers access to structured and organised markets.

Starting with Harare, the authority said it would open a stand-alone mass market for potatoes which are considered a national strategic food crop in Zimbabwe.

Mbare Musika is Zimbabwe’s largest formal market for potatoes, accounting for the majority of volumes traded per week.

However, amid the market’s lack of expansion to accommodate growing numbers of farmers who want to sell their fresh produce, several new ways to circumvent this dilemma are being used.
AMA said it would move in to open market hubs in its quest to enable access to the fresh produce market to farmers.

“Lack of access to markets has been a perennial challenge for the farmers, leading to subdued volumes of trade. Creation of these market hubs will boost sales and horticultural sub-sector contribution to the economy,” Isaya said.

“If you look at Zimbabwe there are no structured markets where our farmers go and sell produce sin a safe and smart environment so because of that farmers are now at the mercy of middle man who are basically benefiting from the investment one by farmers do is what we are basically trying to address that farmers are empowered and they get the expected income from their farming initiatives ,this is why we want to create these market hubs which gives farmers access to a broader market in terms of selling their produce,” the AMA boss added.

Last week, AMA hosted a horticulture subsector meeting to canvass for stakeholder contributions to strategies meant to enhance production and marketing of horticultural produce.
The meeting brought together the Agriculture Ministry, producers, manufacturers and farmers’ unions among other key players.

Isaya said to increase the national export value from horticulture, modern technologies need to be adopted and implemented in areas of production and marketing.
He added that current efforts to climate-proof agriculture against extreme weather phenomena was also a challenge.

Last month, President Emmerson Mnangagwa launched the agriculture and food systems transformation strategy expected to usher in a US$8,2 billion agriculture economy by 2025.