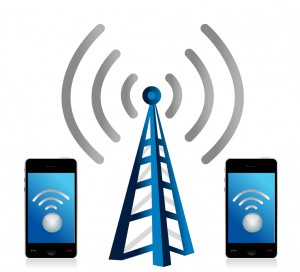 Of the $224,8 mobile growth in Q3, Econet alone contributed 99 percent of the growth, or $38,8 million of the incremental $39 million mobile industry growth.

THE recent Postal and Telecommunications Regulatory Authority of Zimbabwe (Potraz) telecoms report for the third quarter made for insightful reading.

The report showed that the entire industry  – mobile and fixed, voice, data and other products and services – recorded a total quarter-on-quarter growth of 19,7 percent, from $244,5 million in Q2 to $292,7 million.

Mobile alone contributed close to 77 percent towards the total industry growth, coming at $224,8 million, which was 21 percent of the Q2 revenues of $185,6 million. This once again showed that mobile is the future of telecoms owing to its spread and ubiquity, its convenience to customers, the increasing and diverse use cases for mobile commerce and media, and the relatively low acquisition costs to customers.

Of the $224,8 mobile growth in Q3, Econet alone contributed 99 percent of the growth, or $38,8 million of the incremental $39 million mobile industry growth.

This is quite telling, not least because of the quantum of the revenue growth differential with competition (Econet grew its revenue market share (RMS) in the quarter by 3,7 percentage points to 81,6 percent, up from 77,9 percent in Q2, while  NetOne lost 1,9 percentage point from its revenue share to close at 12,1 percent, and Telecel lost 1,8 percentage point RMS to close at 6,3 percent). It is quite revealing in that Econet only commands 51,7 percent customer market share, while NetOne and Telecel have 35,3 percent and 13 percent, respectively, between them, but their revenue performance does not reflect this.

It is therefore clear that Econet is able to offer more to its customers, which its rivals appear to not have figured out yet. Put differently, the question to be asked is; What can other operators learn from Econet?

Well, because Econet is publicly listed on the stock exchange, where it must statutorily report its performance periodically, its performance is there in the public domain, for all to see.

For instance, Econet’s Half Year results for March to August 2017 showed that the management at the company ran a very tight ship when it came to driving operational efficiency and strategic cost-management and in the business. The company reported a cost reduction of $10,7 million in finance charges, and its EDITDA rose by 31 percent to $139 million, up from $106 million posted in the same period in the prior reporting period.

The Potraz Q3 report showed that in the three months between July and September 2017, a typical Econet customer spent $$8,57 per month on the company’s products and services, compared to $2,63 spent by a Telecel customer, and $1,86 by a NetOne customer. Otherwise known in the telecom industry as ARPU, the average revenue per user is a significant metric in revealing a business’ market performance and revenue return on every customer.

The fact that Econet’s ARPU is far higher than that of its rivals infers the company’s value propositions products and services  are more attractive to its customers than those of its mobile industry rivals to their customers.

It also suggests that some (discounted) promotions that Econet’s rivals have been running are yet to yield real positive results, seeing as Econet grew both revenue and customer market share in Q3, and took on 94 percent (close to half a million) of all new subscribers in the period.

The report showed that Econet’s EcoCash mobile money service’s market leadership continued, albeit suffering a 1,3 percentage point dent from 98 percent to 96,7 percent. It’s rival Telecel’s Telecash finished Q3 on 2 percent market share, up from 1,4 percent in Q2, while NetOne – which recently re-launched its mobile money service branded OneMoney –  came up at 1,3 percent, from 0,6 percent in Q2.

It is certainly early days yet to comment on OneMoney’s impact, but what is clear is that the State-owned operator’s mobile money service faces a mammoth task to make any serious dent on EcoCash, let alone dislodge it as the market leader.

The mobile money business model, whose distribution structure configuration entails a long supply chain of cash-in and cash-out agents, thrives on volumes. In this regard, EcoCash appears to have an almost unassailable advantage in that it has a huge market share of consumer and business customers, and already controls the lion’s share of agents, whose operations depend on transaction volumes.

The recent calls for a reduction in mobile money commissions, should it succeed, will hurt the smallest of the mobile money operators, whose agent structure will likely collapse if the commissions they get on small volumes are not worth their while.