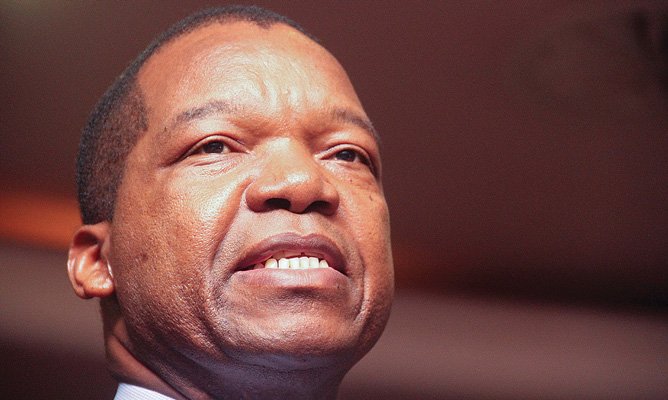 THE Reserve Bank of Zimbabwe (RBZ) governor John Mangudya is due to release the monetary policy and the policy position is highly anticipated against the sustained monetary related macro-economic deficiencies. As a symptom, the economy has endured a southward gravitation of the exchange rate, including a sharp loss of value through inflation.

Prices of most basics have risen by over 200% since September 2018, and the parallel market has discounted Real Time Gross Settlement (RTGS) and bond notes by 75% over the past 24 months, with most of the value having been shed over the last three months. Broadly, the market continues to be starved of hard currency as well as local money in notes for day-to-day transactions. These challenges are deep-rooted in a weak fiscus and to a lesser extent, the abdication of monetary policy flexibility in a dollarised economy.

The government believes that challenges being encountered on the monetary front are a derivation from fiscal imbalances that has resulted in excessive local borrowing, among other factors. While the prognosis is widely shared by pundits, there is a clear disagreement in terms of what remedies should be adopted to end the crisis. In his 2019 budget, the Minister of Finance Mthulisi Ncube introduced austerity measures to cut back on government spend (as a percentage of income) and increased taxation to spur government revenue.

Over the last two months of 2018, government went on to record firmer revenue numbers ahead of target based on a higher taxation and a surge in inflation, which shows mixed signals in terms of policy measures effectiveness.

Why has local money continued to lose value against the USD if austerity is expected to improve and stabilise the fiscus or is it too early to determine. Indeed, local money has been on a sustained downward spiral although the rate of decline has moderated since December. Part of the reason why exchange rates have stabilised was because of a sharp slowdown in money supply growth rate. In fact, in October, for the first time since January 2018, money supply actually came off, which is a negative growth.

This decline meant government did not inject more money into the economy through Treasury Bills issuances and that it lived within its means, which is commendable.

However, as is the case in most analyses there is a lack of appreciation of costs attached to undertaking certain policy measures.

The October improvement on the fiscus did not represent any firming fundamentals, in-fact, it was mainly an impact of inflationary growth and speculative buying of goods at higher prices. With prices doubling, so did value added tax on sales, among other taxes, as shown in Zimra’s full year numbers. This revenue boost cushioned government’s expenditure bill, which did not necessarily come off. The downside of such a revenue boost is that real income is eroded.

Measures such as the 2% tax on all electronic transactions have had a similar impact of raising tax revenue while exerting a premium on notes, notably hard currency.

Although industry production was generally up in 2018, the extent of income growth was partly a consequence of firming prices, which colours the picture.

Local money has continued to lose value because the net position on most fundamentals remains weak, if not worse-off. The mop-up of excess liquidity has been too minute and thus less effective so far. At the going rate of money supply slowdown, no significant slowdown in exchange rate worsening should be expected.

Likewise, most indications are pointing towards a weaker industry performance in 2019 due to forex shortages and a slowdown in aggregate demand as incomes lose value.

The net balance of payments largely derived from the trade balance is worsening. Exporters have shown a disapproval of the current retention rate and this has dampened production and export receipts, a trend likely to deepen in 2019 if the currency matter is unresolved.

From this, it is apparent that the fiscus leg in isolation does not have the power to solve the economic crisis, neither does it effectively solve the monetary crisis.

There is need to urgently address the economic monetary front to salvage forex receipts, demand and production lest the economy falls into a depression, since a
recession is now most likely in 2019. Austerity globally has, however, never succeeded in isolation of a flexible and weaker monetary regime. If pursued in isolation, as shown earlier, austerity could result in inflationary growth and mid-term overshoot in spend, relative to income.

Whereas government is slowly coming to this realisation, the hanging question is if government was to intervene, through the expected monetary policy, what form of intervention would best be suited for the economy?

There is a high likelihood that through the monetary policy, government will reintroduce the Zim dollar and do away with the multi-currency regime. This projection is based on recent utterances by the Minister of Finance, who said the USD is unsustainable and that Zimbabwe should expect a new currency within a year, a date he later revised downwards three days ago. Similar sentiments were, during the election campaign period, shared by Vice-President Constantino Chiwenga, who hinted on a pending
Zimdollar return.

Then Deputy Finance minister Terrence Mukupe shared similar sentiments in one of his Twitter posts. And barely 24 hours ago, the Minister of Mines Winston Chitando, while presenting at the ongoing mining indaba in South Africa, said the monetary policy due to be released would tackle currency issues.

The above is overwhelming evidence of the policy direction the government is due to take with regards the currency. The evident sharp economic losses currently being experienced may have prompted a sooner than anticipated response. What form or a de-dollarisation could we expect; outright or partial? The government is prepared and adamant to reintroduce an exclusive local currency and do away completely with the multi-currency.