President Mnangagwa, who received his second jab on April 22, is on record saying the vaccines were the best and safest measures to protect the nation from the deadly pandemic.

Rumbidzayi Zinyuke Senior Health Reporter
More than 115 000 people have now received their second jab of Covid-19, vaccine with more than 460 000 having had their first jab.

According to the Ministry of Health and Child Care, 461 023 people had been vaccinated by yesterday, while 115 210 others had been fully vaccinated.

The daily rate for the second jab is increasing rapidly, reflecting the rapid rise in daily rates for the first jab a little over a month ago.

People get their second jab four weeks after the first.

But it took almost two months after the launch of the national vaccination programme on February 15 for that 100 000 first doses to be notched up, although since then as more staff were deployed and more vaccination points opened, the rate has been 100 000 every nine or 10 days, or once Sundays are excluded, since very few people are vaccinated on a Sunday, around 100 000 every eight days.

The initial uptake of the vaccines was very slow, with frontline staff targeted in the first phase that was using the first delivery of donated vaccines.

However, when the second donation arrived along with the first batch of Zimbabwe’s commercial orders, the programme picked up pace with the elderly, people with underlying conditions, tourism industry workers, teachers and other frontline workers not covered in the first phase now included in the second phase.

President Mnangagwa, who received his second jab on April 22, is on record saying the vaccines were the best and safest measures to protect the nation from the deadly pandemic and to ensure the country can pursue Vision 2030.

“Vaccines are indeed a critical tool in the battle against Covid-19, and getting vaccinated is one of the best ways to protect oneself, others and our nation as a whole from the deadly pandemic,” the President said after receiving his second shot in Kwekwe.

“We continue to learn lessons from this unprecedented global pandemic.

“Every Zimbabwean is called upon to quickly adapt to the new normal and new realities, in order to ensure that we are able to achieve the milestones set out in the National Development Strategy 1 (NDS1), as well as Vision 2030.”

Zimbabwe is targeting to vaccinate at least 10 million people, to achieve herd immunity, and in this pursuit, the town of Victoria Falls has already met its target after the launch of a massive vaccination programme in the border town.

President Mnangagwa received his first jab in the resort city during the launch of the vaccination programme for the city.

Public health expert and Mpilo Hospital acting chief executive Professor Solwayo Ngwenya said the private sector vaccination programme launched last week would play a pivotal role in increasing the numbers of people getting vaccinated and also boosting the confidence of some Zimbabweans who have been sceptical about the vaccine. 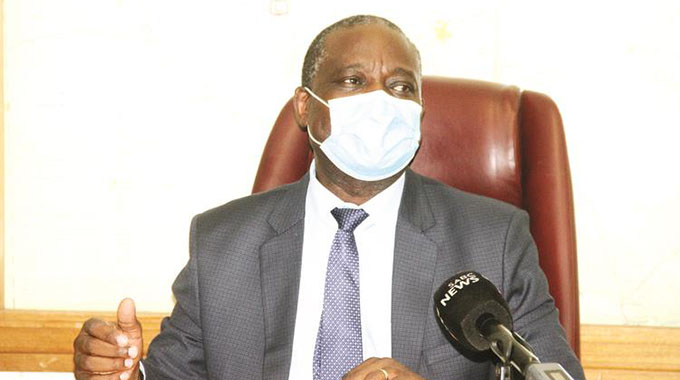 “The Private Sector Covid-19 Vaccination Programme demonstrates the faith that your organisations have in the vaccine, in the face of the myths, misconceptions and misinformation that are making some people hesitant to have the vaccination,” he said.

“Fortunately, more and more people are coming to realise that it is important to be vaccinated to prevent the serious consequences that may occur if they become infected with the virus.”

Dr Mangwiro said although the number of people being vaccinated throughout the country was increasing, there was a need to accelerate the vaccination programme to reach herd immunity faster.

Government has approved the use of four vaccines in the country, with the Chinese Sinopharm and Sinovac already being administered.

The Indian Covaxin and the Russian Sputnik V have also been approved and are expected to be channelled into the system soon.