Then a Wind Blew by Kay Powell published by Weaver Press 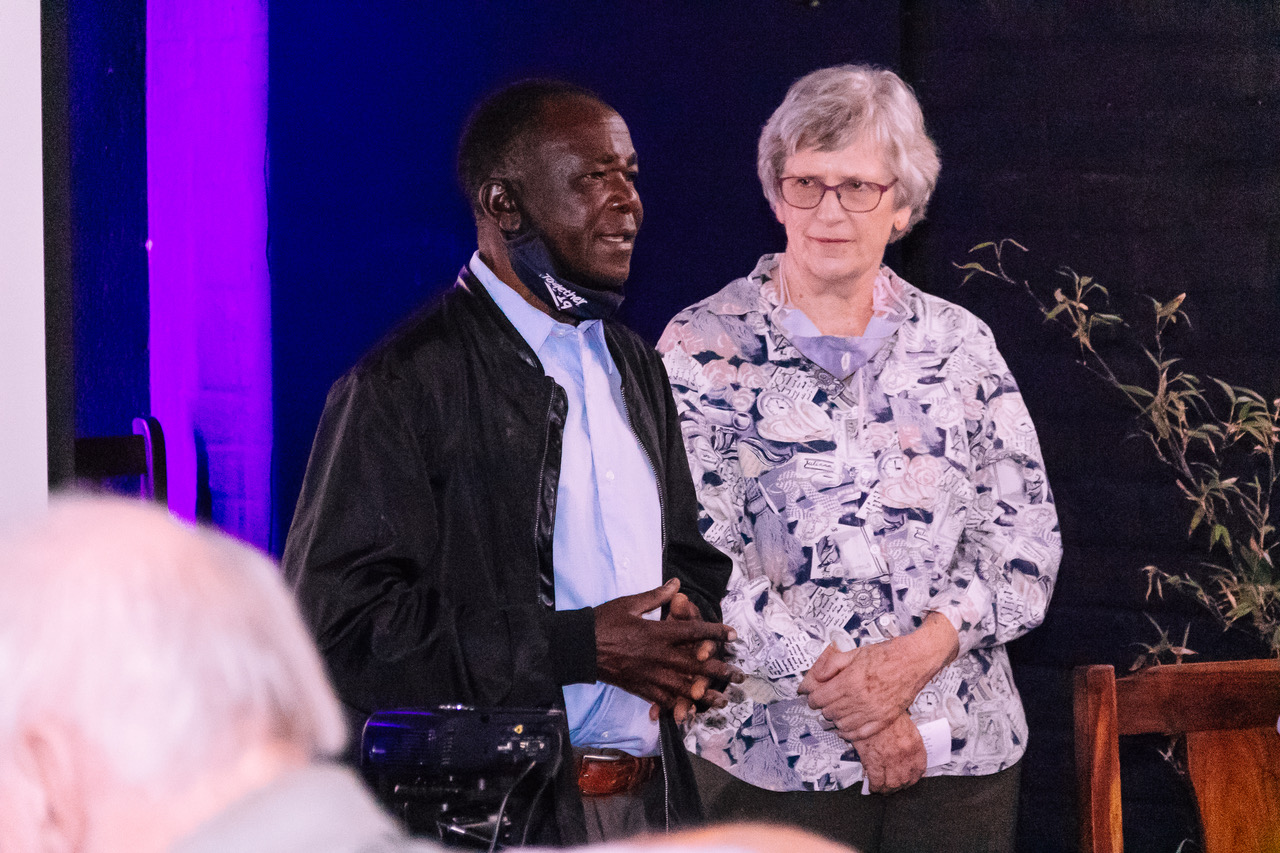 Set just before the end of the war of liberation, Then a Wind Blew is a “fascinating, ambitious and brave novel”. Kay Powell describes unfolding events in the dying years of Rhodesia both inside the country and in adjoining Mozambique where ZANU had training camps. She places emphasis on how the women of the country suffered during the war. Woman are personified by three very different women: the racist white mother Susan Haig, the progressive white nun Beth Lytton and the black freedom fighter Nyanye Maseko.

Susan Haig has two sons, one joins the notorious Selous Scouts while the other leaves his studies, and signs up unenthusiastically to the fire force unit, to satisfy his mother’s wishes.

Beth’s nephew visits from the UK and joins the Central Intelligence Unit (now the CIO) after only a week in Rhodesia. The development of this character (Powell worked on Ken Flower’s memoir ‘Serving Secretly’) might have enhanced the narrative.

Twin sisters Nyanye and Kundiso join the struggle after Rhodesian troops raze their village for assisting and feeding the guerrillas. Their mother disappears and is feared killed by the security forces. Kundiso is an eager mujiba already helping vakomana. She persuades her sister they should leave and cross the border into Mozambique to join the struggle. At the camp Nyanye does not use her chimurenga name Tichafa (We shall die) and has some qualms about becoming a guerrilla. She is less committed than the militant Kundiso. Nyanye is troubled by the incidents of forced sex, beatings and hardships in the camp which she feels unable to speak about for fear of being labelled a sellout. These occurrences are mentioned fleetingly in the novel.

Then a Wind Blew takes place primarily in three locations: a ‘European village’ surrounding Isakata chrome mine where the expat Susan and her family live; a ZANU guerrilla camp in Mozambique where Nyanye works as a nurse having joined the struggle, and St Anselm’s a rural African mission near Isakata, where Beth, a British woman, is part of a religious community. Unconnected except through the place they live, or once lived, the women are linked when a brutal rape occurs near Isakata.

The author is familiar with Rhodesian white society and events during the Zimbabwe liberation war. She captures the language and attitudes of hostile white Rhodesians towards their subjugated black fellow citizens compellingly. The events at St Anselm’s mission described in Then a Wind Blew mirror those that occurred in Rhodesia during the war at St Francis’ African Church near Rusape, where the novelist Patricia Chater lived as part of the religious community and where Baba Basil Nyabadza, the priest, was murdered, just as in this novel.

Kay Powell’s novel is an absorbing story with many references to historical conflicts and atrocities, perhaps too many are crowded into the novel. Then a Wind Blew includes numerous characters, some are slightly formulaic. Although the novel lacks the balance of Shimmer Chinodya’s ‘Harvest of Thorns’ it can with pride take its place on the shelves of Zimbabwean literature. The observations of this reviewer are not intended to detract from this exciting debut novel which captures accurately a mood of anticipation from the black population and despondency from the white population in Rhodesia, as Zimbabwe was born.

While reading Kay Powell’s Then a Wind Blew I remembered the words of Vietnamese writer Bao Ninh, interviewed in The Vietnam War, who said “In war no one wins or loses. There is only destruction.”