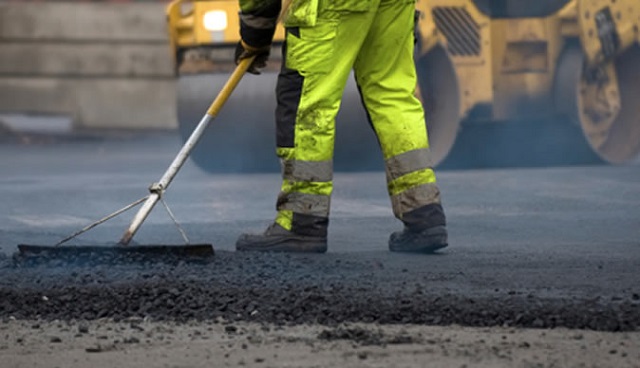 Vincent Gono, Features Editor
THE Government requires more than $5 billion to rehabilitate the country’s entire road network with more than $250 million having been availed to the department of roads as work on re-establishing trafficability on all State roads gathers pace.

The road infrastructure development programme undertaken by the Government is expected to see the completion of the Bulawayo-Nkayi Road and Bulawayo-Tsholotsho Road that have long been talked about with not much action on the ground.

In Bulawayo, the city council is in the process of refurbishing major and artery roads through surfacing, pothole filling, resealing and reconstruction, among other projects and the target is to cover the entire network of 2 100 km at a cost of US$750 million.

Information contained in the country’s economic turn-around strategy — the Transitional Stabilisation Programme (TSP) indicates that the African Development Bank (AfDB) and the World Bank studies estimate that US$5,5 billion is needed to rehabilitate the country’s entire road network.

According to the document, work on the roads has already begun and major projects include dualisation of Mutare-Harare-Gweru-Bulawayo Road as well as the much talked about Beitbridge-Harare-Chirundu highway where a new contractor from China is being engaged after the failure by Geiger International to achieve financial close.

“A new contractor from China, is being engaged for the dualisation of the Harare-Beitbridge and Harare-Chirundu highways after failure by Geiger International to achieve financial close.

“Meanwhile, implementation of works for the improvement of steep gradients around the Makuti Escapement on the Makuti-Chirundu section will benefit from the US$21 million grant extended by Japan. This should reduce the final cost of rehabilitating the Harare-Chirundu section of the North-South corridor,” reads part of the programme.

An official in the ministry of roads confirmed that part of the work had already started on the country’s major road projects as well as other stalled projects in the provinces.

“Government has been rehabilitating roads and bridges destroyed by Cyclone Dineo in 2017, through the emergency road fund, while new and old projects are being fast-tracked under the auspices of the department of roads. Recovery of wash-aways on major bridges is also part of the targeted objective.

“Through the fiscus, an amount of US$252 million has already been availed to the department of roads for the roads development programme, targeting to re-establish a proper road network in the country to enhance movement of people, goods and services,” said the official privy to the goings on.

On the dualisation of the Mutare-Harare-Gweru-Bulawayo, a phased approach is going to be used with the Harare-Marondera and Harare-Selous portions in progress.

The project is wholly funded by Treasury and a survey team is on the ground and it is hoped by the end of the year, Government would have designs of up to Chegutu for a higher standard road which is very durable with asphalt overlay.

As for the Beitbridge-Harare-Chirundu dualisation, implementation of works for the improvement of steep gradients around the Makuti escarpment on the Makuti-Chirundu section will benefit from the US$21 million grant extended by Japan. This should reduce the final cost of rehabilitating the Harare-Chirundu section of the North-South corridor. The project targets upgrading 6,5km through provision of overtaking lanes between Marongora-Hells Gate on the Chirundu-Makuti highway.

According to the TSP a comprehensive roads development programme, with support from the fiscus, and targeting upgrades from gravel to bituminous surfacing is already underway at an average cost of US$500 000 per kilometre. The target is to complete 20km for each road every year until completion.

The targeted roads, being implemented under the department of roads provincial road engineers in each province are estimated to cost US$542 million. In Matabeleland South, provincial roads such as Gwanda-Maphisa, Maphisa-Mpoengs, Gwanda-Guyu-Manama-Tuli are targeted while in Matabeleland North the Bulawayo-Nkayi Road, Bulawayo-Tsholotsho, Ingwingwisi Bridge, Dete-Binga and Binga-Karoi road are part of the targets.

“With regards to DDF, Treasury has already disbursed US$11,2 million towards re-gravelling of feeder roads and bridge construction countrywide, with an additional US$15 million being targeted for 2019.

“In addition, IDBZ has been involved in the monitoring of the Emergency Roads Rehabilitation Programme by Government that covered eight provinces where it facilitated the disbursement of US$24,1 million. Some of the roads monitored include the Harare-Mutare Road dualisation (5,5km), Goromonzi Turnoff-Tollgate, Bindura-Shamva (4,4km), Harare-Bulawayo Road dualisation (9km), and Norton Turnoff-Tollgate.

“In collaboration with relevant authorities, IDBZ is planning to get involved in the preparation and construction of the Chitungwiza-Harare Rail link and play an advisory role on the expansion of Harare-Nyamapanda, Bulawayo-Victoria Falls, Mutare-Christmas Pass, Kwekwe-Silobela-Nkayi-Lupane and the New Victoria Falls Bridge project,” reads the TSP.

In Harare, an amount of US$1,2 billion would be needed to rehabilitate the 4 500km network as well as expand and construct interchanges at major intersections along Harare Drive. For the 32 urban councils, the Road Fund is availing US$44 million for routine and periodic maintenance during 2018.

The 60 RDCs would receive US$32,5 million for grading and re-gravelling of rural roads. The Department of Roads and DDF will receive US$40 million and US$25 million respectively, for routine and periodic maintenance as well as bridge repairs.

Support would also be made to DDF for procurement of road equipment amounting to US$8,3 million.

The Government is also planning to upgrade the R G Mugabe International Airport at a cost of US$153 million which entails upgrading of the runway, construction of new terminal building, additional four aero-bridges, and communication system, among others.

Furthermore, procurement of five weather radar systems, to be networked around the country, at a cost of about US$6,5 million would be prioritised.

It also notes the recapitalisation of NRZ that has commenced with the injection of US$400 million in capital under a joint venture which would enable the parastatal to refurbish existing rolling stock and track infrastructure, including procurement of new assets.