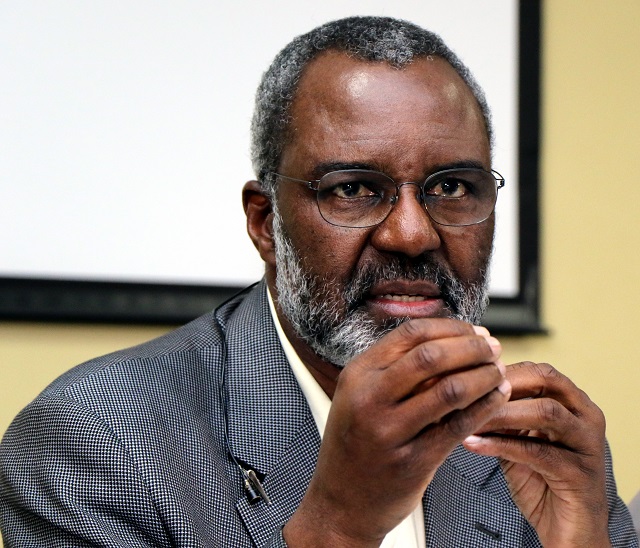 Robin Muchetu, Senior Reporter
ALLIANCE for People’s Agenda (APA) leader Dr Nkosana Moyo has promised to bring Parliament to Bulawayo if he is voted into power in the forthcoming harmonised elections.

Dr Moyo has, during this campaign period, continued with his unique walk about strategy where instead of addressing rallies he visits shopping centres and other busy areas interfacing with people. Sunday News caught up with Dr Moyo in Bulawayo last week where he was addressing a handful of youths in Mpopoma.

“I will build a Parliament building in Bulawayo so that Members of Parliament have sessions in both Harare and Bulawayo.

There are talks of moving it to Mount Hampden but I want Parliament here in this city,” he said.

“I am doing walk-about campaigns as opposed to rallies. It is the only way that works and one needs to see for themselves the state of the country, secondly you need to give those people an opportunity to talk to you so that you hear what is concerning them than to just let people listen to you,” he said.

This, he said, creates a healthy dialogue. Asked on his approach which some people have described as devoid of seriousness, Dr Moyo said voters were taking him seriously.

“If people think I lack seriousness, that is their own view. We have been to Binga, Tsholotsho and Victoria Falls, all of these we gave people an opportunity to tell us their own stories and were not being comical at all. People can laugh all they like at my strategy but the population that we are interacting with is taking this very seriously and I am moving around the whole country which means I am touching all people,” he said.

Dr Moyo said he was also using a strategy where even the people, after meeting them, campaign on his behalf.

“This campaign is not about Nkosana, it is about us and our country, when I talk to you and you agree with me take the campaign and make it your own, go and talk to 10 people, and tell them to also spread it to 10 people. Soon enough the whole country will be covered so the numbers are very significant,” he said.

Asked on how many candidates APA is fielding for the elections, Dr Moyo said APA wanted to field candidates in all constituencies but in some areas they were still to identify candidates.