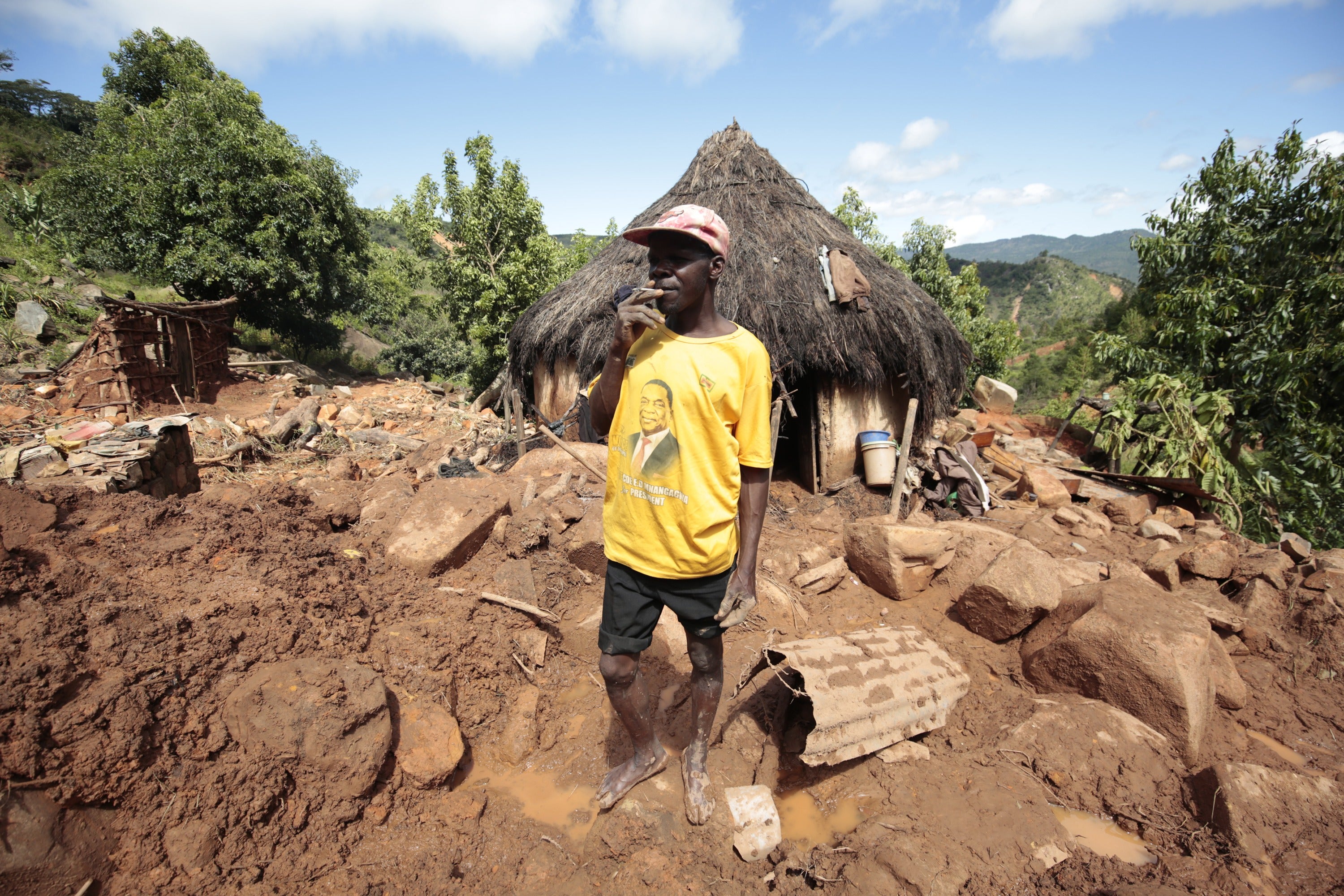 Villagers who are yet to locate bodies of their relatives who died during the mid-March Cyclone Idai disaster, are banking their hopes on a Mozambican traditional leader who took photographs of remains that washed up in the neighbouring country before burying them.

BY JAIROS SAUNYAMA IN CHIMANIMANI

Some of the people from Chimanimani and Chipinge, who are yet to locate their relatives, are set to travel to Dombe in Mozambique, where the area’s traditional leader, a Chief Mugaro, is in possession of photos belonging to victims buried in his area after the disaster.

Peter Chikwama (42), who is yet to locate five of his relatives, on Monday visited the Chimanimani district adminstrator (DA)’s office seeking clearance for him to engage Chief Mugaro.

Chikwama told NewsDay that he travelled to Mozambique and was ordered to seek clearance first from authorities back home before seeing the pictures of flood victims buried in the neighbouring country.

“On Saturday, I travelled to Dombe in Mozambique in the company of another man, who is yet to locate his family. I am yet to locate five of my relatives, including my son, hence I had to travel to Mozambique to see whether I can salvage something. Chief Mugaro took photographs of victims he buried in Dombe. I know of a person who successfully identified his relative,” he said.

“However, Chief Mugaro demanded a clearance from authorities this side. I have come to get a clearance from the DA so that I can go back and search for my relatives. We thank the traditional leader for taking photos of the dead so that we can identify them as well as making the whole process easy.”

According to government, about 158 bodies ended up in Mozambique during the disaster that claimed the lives of more than 500 people, with more than 300 people still reportedly missing.

Chimanimani East legislator Joshua Sacco (Zanu PF) said he was aware of the traditional leader who is willing to assist Zimbabweans to identify their dead relatives through photos of victims he took after the disaster.

“I heard of the issue of people who were buried in Mozambique and I urge government, through the inter-ministerial portfolios, to engage relevant authorities so that the process becomes smooth for those who are looking for their relatives,” he said.

Chimanimani DA John Misi said he would assist people who need to travel to the area.

“This morning (Monday), a man came seeking clearance after he had travelled to Dombe searching for his loved ones.

It is possible that there are people who were buried in Mozambique and we are doing all we can to assist those who want to travel there,” he said.

Chikwama appealed for financial assistance from the government to enable him and other relatives to travel to the area, which is about 200km from the border.