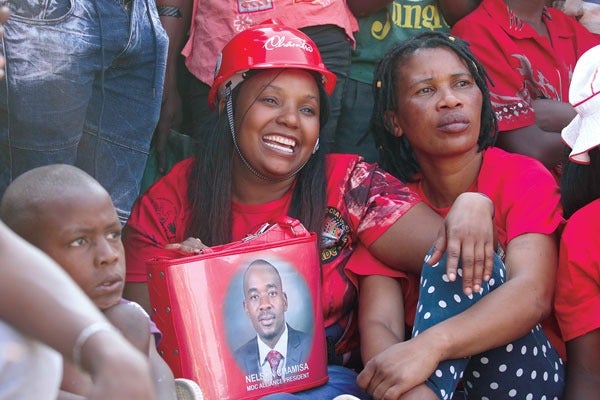 MDC Alliance councillors implicated in the Hunyani Timberlands land scam are reportedly threatening to invade the piece of land that has been set aside for private development.

The councillors have allegedly been illegally selling residential stands, where an investor is set to construct 17 000 housing units once the deal is approved by Cabinet.

A former MDC councillor in Marondera and chairperson of the opposition party-linked group called Marondera Residents’ Association (MARA), Cephas Mazambani, said they were compiling names of people in need of stands before allocating themselves land at Hunyani Timberlands.

Mazambani, who is reportedly working in cahoots with some of the councillors under the MARA banner, said residents would be allocated land without council’s approval.

“… liquid Harare residents are wiping out all stands belonging to bona fide residents. So residents of Marondera are saying, failure by council to take action, they shall occupy part of Hunyani and wait for council at the negotiation table for them to be given the opportunity to pay for the pieces of land they shall occupy,” he
said.

“As MARA, we are compiling names of those in dire (need of) housing. This will give evidence to council that people are really in need of the commodity (sic). No one is paying anything for his or her name to be jotted down. The programme does not involve any councillors. This is purely a residents issue.”

During the last two full council meetings, MDC councillors told council management that if council fails to avail land, they would unleash their supporters in Hunyani as a way to compensate their moneys collected in 2015 by the then Zanu PF-led council during a by-election campaign.

A number of people paid more than US$1 000 after being promised land at Elmswood before it turned out later that the land belonged to a private developer.

The MDC boasts 11 out of 12 councillors in Marondera.