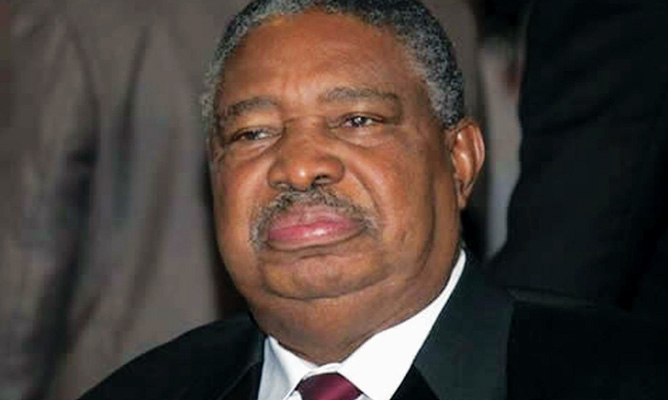 A TITANIC battle for the control of supermarket chain Choppies Zimbabwe — pitting former Botswana president Festus Mogae and his business partners on one side and former vice-president Phelekezela Mphoko on the other — has erupted.

It has emerged that Mphoko may lose control of the retail firm after the foreign investors claimed he was drafted into the business in the first place in a controversial ploy to comply with Zimbabwe’s controversial indigenisation laws which have now been abandoned by the new government.

The battle has sucked in President Emmerson Mnangagwa and former president Robert Mugabe, who was removed from power in a military coup in November last year.

Choppies entered the Zimbabwean market in 2013 in a partnership between a local investment vehicle Nanavac (51%) and the Choppies Group (49%).

The Botswana-headquartered company entered the Zimbabwean market at a time when the Indigenisation Act restricted foreigners to 49% shareholding in local businesses.
The shareholder document was stamped by the Zimbabwe Investment Authority (ZIA) on September 25, 2013. This was after ZIA was satisfied that empowerment regulations had been met.

Documents seen by the Zimbabwe Independent, however, reveal that Mogae, who is chairperson of the Choppies Group, says the arrangement was just a measure to bypass the local ownership laws.

Mogae says the Mphokos were only given 7% shareholding in Choppies Zimbabwe, although Mphoko insists he holds 51%.

Mogae wrote a letter to Mphoko (Reference FGM/4/1) on June 1, 2018, warning him against resisting regularisation of the shareholding.

“I had discussion on the issue of regularisation of the shareholding in Zimbabwe with the chief executive officer and his team,” Mogae wrote.

“… I am told you have not signed the document and instead you were trying to terminate the services of the person who was genuinely taking instruction from the company.

“My brother, I would like to bring the following facts to your attention: We entered into this partnership with a clear understanding of the shareholding of 93% shares to Choppies Enterprises and 7% to the Mphoko family, free of charge. We signed agreements based on this and even the office of the former president (Robert Mugabe) has got these agreements.

“You are well aware that I had access to former president, RG Mugabe and I did clear this with him in the presence of former foreign minister (honourable) Simbarashe S Mumbengegwi. I have the same access to the current president as I had with the previous one,” wrote Mogae.

Mogae confirmed authenticity of the letter to the Independent.

“I did write the letter that you are referring to,” he said in a telephone interview on Tuesday. “That letter was written when we realised there was something impossible that had been happening for some time and we needed to regularise that, which is the issue of Choppies’ shareholding in Zimbabwe.

“We would love to continue operating in Zimbabwe, but we need to have things in order in the correct manner.”

Mphoko, however, told the Independent he was the major shareholder. He said the attempt to push him out was informed by the good returns the group was realising in Zimbabwe.
“Choppies Zimbabwe was born after my son, Siqokoqela Mphoko, Tim Mazland, and Ramachanda Mottobat, who are based in Botswana, came to Zimbabwe to enquire how they could set up base in Zimbabwe.

“They told me their intention was to move the headquarters of Choppies from Botswana to Zimbabwe,” said Mphoko.

He said that at the material time he was Zimbabwe’s ambassador to South Africa.

“At the time, we, my son and I, had established Nanavac Investments and I pledged to help ensure that they could come through and set up these shops on condition that these shops would sell commodities at affordable prices given that the situation then (2013) was not so good,” Mphoko added. “… There was some money that these Botswana-based Indians put into the company. We jointly secured a loan of US$20 million from Standard Chartered Bank to finance the set-up and operations of Choppies.

“There are rumours that these chaps are spreading around that we do not own the business. They are going around claiming that we have 7%, which is nonsense. The agreements we signed and the documents used to obtain the loans all show that we hold 51% in Choppies and there has never been a change.”

Mphoko maintained that he was not a front and said his Indian partners were taking advantage of his situation after his removal from government.

“They believe that we are a walkover. They have gone to several institutions here. They have gone to the Reserve Bank, Ministry of Trade, ZIA, to try and change the shareholding and put something else,” Mphoko said. “Ram (Ramachanda Mottobat) was here two weeks ago to try to undermine us and have the company for himself.”

Mphoko said the Indians have sought audience with Mnangagwa as they push for the deal to be revisited.

“Ram said he met with the president, ED Mnangagwa and when he discussed with him, they also discussed with the Ministry of Industry to say let us review our shareholding. I wrote to him and said indigenisation is an ongoing government programme that should benefit locals. I told him there was no way we can be wished away just like that and also reiterated that we are the biggest shareholders in Zimbabwe’s Choppies operations,” Mphoko said.

Mottobat insisted that the Mphokos only owned 7% of Choppies Zimbabwe which has 32 outlets across the country.