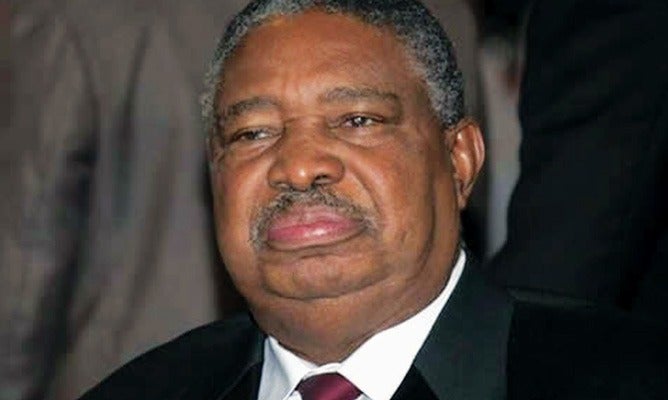 Former Vice-President Phelekezela Mphoko and his son Siqokoqela have sold their shares in Choppies Supermarkets Zimbabwe for US$2,9 million, the company has announced.

“Following completion of the Nanavac transaction, Choppies now holds 100% of the economic interest and equity in Nanavac Investments,” Choppies said in the May 21 notice to shareholders, although the transaction is said to have been completed on January 11 this year.

Economic interest refers to one’s share of the company’s profits, losses and distributions.

Mphoko was locked in a bruising fight for the control of Choppies Zimbabwe after he was removed as Vice-President in November 2017 following a military coup.

The conclusion of the transaction finally confirms that Mphoko and his son may have helped circumvent Zimbabwe’s indigenisation laws which required big foreign investors (transactions of US$500 000 and upwards) to cede majority shareholding to locals.

Choppies’ suspended chief executive Ramachandran Ottapathu said last year that Mphoko and his son had not invested a cent in the operation, and were only given 7% shares for “facilitating” the retailer’s entry into Zimbabwe.

“As a matter of fact, Choppies operations in Zimbabwe are owned, in the main, by Choppies Enterprises Limited, a company registered in Botswana. The reference of the 51% being owned by the Mphokos was done so as to comply with legislation which was put in place by the government which precluded foreigners from owning big stakes in businesses in preference to locals,” Ottapathu was quoted as saying.

The new government of President Emmerson Mnangagwa has committed to do away with the indigenisation legislation except for diamond mining – a move which triggered Choppies to move against the Mphokos.

Siqokoqela and his wife, Nomagugu had been hit with fraud charges instigated by Ottapathu over claims they went to supermarkets and took cash from tills without authorisation. The charges were dropped after they agreed to the exit.

Meanwhile, Ottapathu is fighting his suspension by Choppies.

Choppies said in a notice to the Johannesburg Stock Exchange that the CEO’s suspension was “valid and proper” and related to “an aggregation of activities and conduct” by him which would be disclosed soon.

“This is simple character assassination, which does not give me a chance to defend myself. I was suspended without notice and without a hearing,” Ottapathu said. “I deny the insinuations and allegations that I have done anything wrong.

“I have said repeatedly that I have not been involved in material wrongdoing or that I benefited financially from any of the transactions, which have now been under investigation since our shares were suspended almost a year ago. I’m going to challenge my suspension in court at the soonest opportunity — as I do not believe it is justified or that it was done in a manner which was valid or proper.”