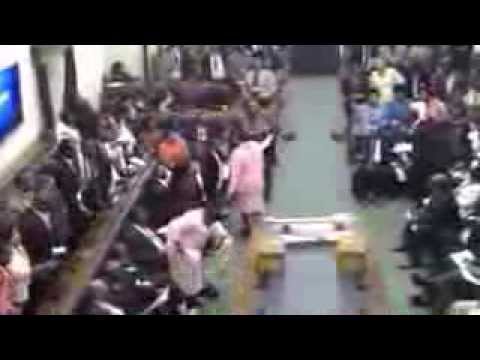 Zvimba North MP Marian Chombo (Zanu PF) raised a matter of privilege demanding that the Health minister Obadiah Moyo must avail himself before Parliament to give a statement pertaining to the looming health crisis after nurses said they will report to work twice per week due to erosion of their salaries by inflation.

“I am aware that Moyo has already presented a ministerial statement on the state of health in the country but we need an update because there are reports that nurses are already on go-
slow and have threatened that they will work two days per week before they go on full-blown strike,” Chombo said.

“We need to know what mitigation measures the Health ministry will take through a ministerial statement.”

“The Energy minister needs to come back to the House and give a statement as far as electricity is concerned because we were given a load-shedding schedule which Zesa is not following and now they have escalated their load-shedding to phase two without communication,” she said.

“If one phones Zesa, no one responds and Chasi now needs to come to this House to tell us if we are now a country without electricity because we cannot continue to be told stories.”

Mbizo MP Settlement Chikwinya (MDC Alliance) also demanded that Parliament must be appraised about the deployment of the Zimbabwe Defence Forces to assist maintaining public order as
stipulated by section 214 of the Constitution which says before this is done, the President must inform Parliament and explain the reasons.

But Speaker of the National Assembly Jacob Mudenda said some of the issues being raised by MPs as a matter of privilege must be raised as questions during Wednesday question and answer
sessions.