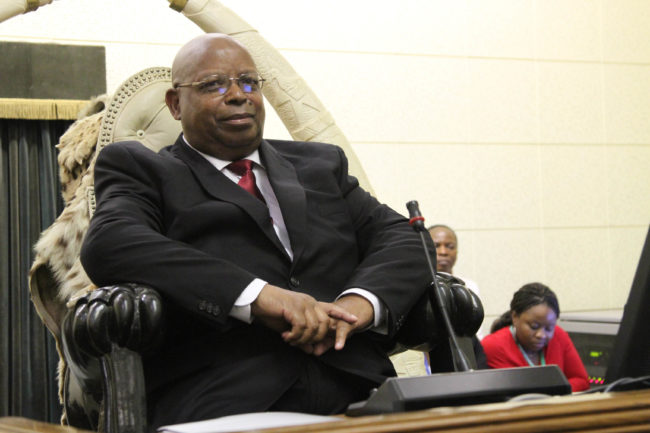 Speaker of the National Assembly, Jacob Mudenda has said members of the Parliamentary Portfolio Committee on Mines ignored protocol when they held an urgent meeting on January 15 this year to discuss the scourge of violent gold panners commonly referred to as Mashurugwi.

The MPs felt the matter was too important to be ignored and insisted on holding the meeting, but demanded that Parliament reimburse their expenses.

But Mudenda dismissed the claims by the MPs, arguing that the legislators went outside protocol to conduct their meeting.

“Their meeting was unprocedural because it wasn’t sanctioned by the Clerk of Parliament and myself which is the procedure,” he said.

“The Standing Rules and Orders are very clear where a committee wants to conduct a public hearing, they first write to the Clerk of Parliament who will confirm on the budget and other issues before handing over to my office which applies to all committees,” he told NewsDay in response to the complaints by the MPs that Parliament had denied them reimbursements.

Mudenda said for committees to travel they should seek authority from the Speaker in terms of Standing Order number 23.

“In the past, committees have been allowed to hold public hearings provided the budget was in place; furthermore, the committee met when police had started arresting the machete gangs and Parliament cannot interfere and it is incorrect for the committee to say their Press conference triggered the arrests as police had already begun and arrests are still ongoing,” he said.

“The Constitution enjoins me to be impartial in my duties as the Speaker of Parliament. I favour no political party when I sit on this chair as the Speaker.”

The MPs, on February 10, wrote a letter to Mudenda saying his decision to deny them refunds for expenses incurred for travel, meals and accommodation to attend the January 15 meeting on MaShurugwi which culminated in a Press conference was unfair.

They requested that they be refunded all expenses incurred for the said date and events that happened then.