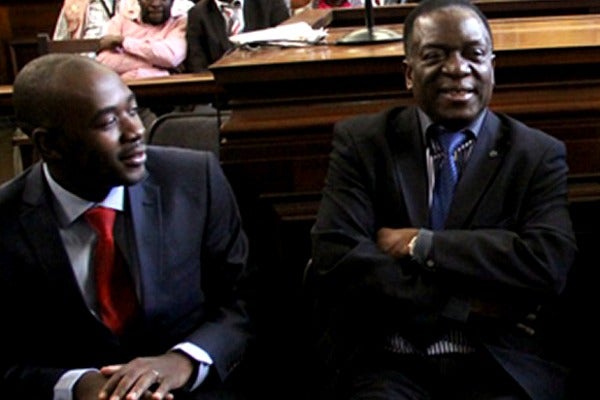 THE animosity between the two political adversaries, the ruling Zanu PF party and the opposition MDC, who have perpetually been trading barbs in Parliament, has now degenerated into a farce and turned both the august House and the so called Second Republic into one big circus.

The MDC is steadfastly refusing to recognise Emmerson Mnangawa as the country’s President owing to the disputed July 2018 general elections results. Despite the opposition having lost at the Constitutional Court the challenge on Mnangagwa’s rule, they keep insisting on not recognising his authority by boycotting his addresses to Parliament.

Zanu PF has been fighting back through the Speaker of Parliament, who has suspended for five months the opposition MPs’ allowances and has also denied them the right to ask ministers any questions since the opposition MPs do not recognise the person who appointed the ministers. And most recently Zanu PF MPs boycotted Parliament’s Public Accounts Committee sitting chaired by MDC vice president Tendai Biti.

It allows Zanu PF to escape accountability at a time when its greed, corruption and thievery needs to be laid bare. The stakes are high, but not at the cost of accounting for hard-earned public funds.

While the Zanu PF MPs have the democratic right to retaliate in this manner in support of their leader, the political conflict between the two antagonists is reducing Parliament business into a waste of time and resources.

It means the issue of the US$3 billion which was spent on Command Agriculture without Parliament’s approval might as well be dead in the water, to the detriment of the southern African nation’s economy and all its future prospects of becoming middle income by 2030. What has all this ruckus to do with the people? What is it in for the general long-suffering Zimbabweans? Absolutely nothing; except to brew more misery for them.

As people of old once advised: “An eye for an eye leaves the whole world blind,” this is increasingly becoming true for Zimbabwe where the MPs from both parties are more than ready to poke each other in the eye at every opportune moment.

This could probably be the saddest period of Zimbabwe’s political life this decade as the politicians remain determined to score cheap political scores at the expense of the well-being of the nation at large. The tomfoolery in the ninth Parliament is reducing the Second Republic into one very big circus. This whole useless drama is worsening our socio-economic situation as a country.

It’s a worthless sideshow that will condemn its citizens to unending penury and hatred for each other along political lines because there is no solution at all to the two parties’ relentless and spirited acrimonies.

To borrow from the famous novel Cry the beloved country: “I have one great fear in my heart, that one day when they are turned to loving, they will find we are turned to hating.”