Daniel Chigunwe Mash Central Correspondent
More than 100 families in Kachuta Village in Guruve were left homeless, while schools and clinics had roofs blown off by heavy rains accompanied by strong winds that pounded the area on Saturday.

The most affected villagers are in Ward 18 and they were left to count their losses after they also lost foodstuffs and inputs they had recently received under the Presidential Input Scheme. One of the most affected institutions is Chemachinda Primary School where five houses, classrooms and administration blocks were badly damaged.

At Kachuta Clinic, all wards were destroyed and the medicine at the clinic pharmacy was also affected. When The Herald visited the area yesterday, villagers were still to come to terms with the disaster and most of them were busy trying to retrieve whatever had been spared by the torrential rains. 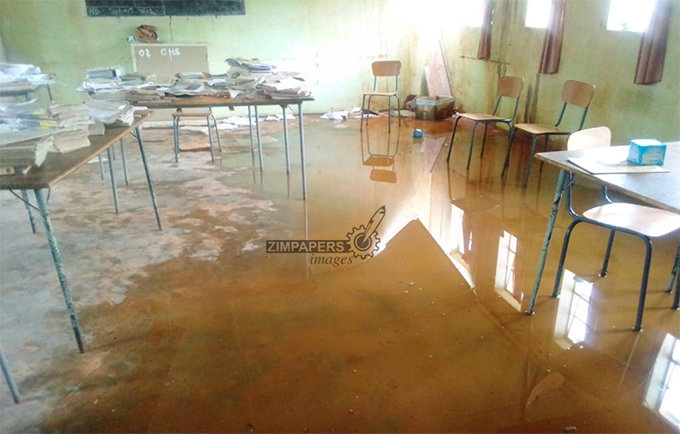 Several huts were roofless and Member of Parliament for Guruve North Cde Grover Dzapasi, was at a loss for words and said the whole Kachuta Village is in need of aid as the rains destroyed almost everything the villagers possessed.