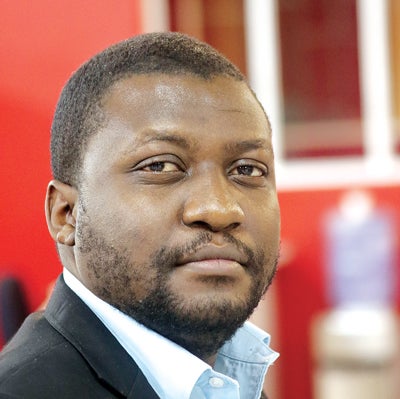 AS a young lad, my late grandmother would occasionally ship me to her rural home in Nkayi, where, for the first time, I came face to face with the late former President Robert Mugabe’s handiwork.

My grandmother’s neighbour was the late Welshman Mabhena, a senior figure in Zapu in the 1980s.

His house had been razed to the ground and his family was forced to flee, with the ruins of that homestead serving as a warning to anyone in that area of what would happen to them if they dabbled in opposition politics.

My grandmother and her neighbours hardly ever spoke about what happened to the Mabhena homestead, and when they did, it was in hushed tones and not before throwing furtive glances to see if there were any unwanted eavesdroppers.

That is the first thing that I knew about Mugabe; he was feared and this fear of him would stalk me throughout my life.

You are probably thinking this is another Gukurahundi rant, the whip that has often been used to lash Mugabe with. Rather this is a collection of my memories of the man rather than anything else.

When I started primary school in rural Esigodini, we would regularly spot soldiers and occasionally we would bump into their vehicles when we went for walks.

The nuns at the school never told us what was happening, but you could see the fear etched on their faces.

Around 1990, I was quite young, but I remember being told not to leave our yard, no matter what.

I was in Gweru then, where my father lives to this day, and the late Patrick Kombayi had just been shot.

Again nobody spoke up, but the concern on the adults’ faces was quite evident. As I was preparing for secondary school, news broke that Zapu legislator, Sydney Malunga had died in a car accident.

The hushed tones returned; nobody said it or at least while I was within earshot, but the consensus was that he had been killed and the accident scene had been staged.

Again the overarching theme of Mugabe’s presidency was fear. The following year, I was placed in the same hostel with Malunga’s son at high school.

A relative lost both his parents when he was still a boy, they were involved in an accident with a Puma truck, an unsightly military or police vehicle.

Being involved in an accident with a Puma truck soon became a euphemism for being killed, probably by State agents.

I remember one day sitting with the late Johanna Nkomo, the wife of the late former Vice-President Joshua Nkomo in 2000 when the MDC was still a nascent movement.

Without saying much, she stood up and muttered something along the lines that then MDC leader, Morgan Tsvangirai did not know Mugabe, because if he did, he would not dare challenge the Zanu PF leader, as by doing so, he risked being heavily assaulted.

Then there was the period between 2002 and 2008, which was characterised by deaths of MDC supporters, culminating in the “stolen” election of 2008.

Mugabe’s biggest supporters claim he was ready to throw in the towel, but top soldiers refused and ordered him to stay on.

Obviously, I may not know the intricacies of statecraft and what happens behind closed doors, but on July 29, 2018 at his house, I asked Mugabe if he was not hypocritical in accusing soldiers of staging a coup, yet he himself had benefited from a similar action a decade earlier.

He had a chance to come clean, maybe to apologise or at least open up about what happened.

Instead he rambled on about Tsvangirai not having more than 50% and there being no outright winner necessitating a run off.

Even at probably one of his nadirs, he remained defiant and unrepentant.

Recently, a friend Buhlebenkosi Tshabangu-Moyo tweeted that to this day, she is afraid of military helicopters because she associates them with death, fear and insecurity that visited her area once upon a time.

That is the Mugabe I remember, a fearmonger, who dealt in insecurity.

A hallmark of his presidency was a timid and demobilised citizenry, some of whom are still afraid to speak ill of him because they fear his goons are listening, even as his lifeless body lies prostrate.

There are some who never witnessed this side of Mugabe, who remember him as a benevolent man, who made sure they had a good education and good healthcare, I cannot begrudge them that.

In the 1980s, when there was a drought in Matabeleland South, he continued with a colonial era state of emergency that saw thousands of people being denied access to food and leading to their starvation.

He hardly built schools in Matabeleland South and accused the young men of that region of being dissidents, leading to their deaths.

Those that managed to escape his death squads were forced to flee into neighbouring Botswana and South Africa.

Mugabe did build schools across the country, but a state of emergency in Matabeleland South in the 1980s meant that fewer schools were built in the province than anywhere else in the country.

When the state of emergency was finally lifted around 1990, World Bank loans for building schools and hospitals had dried out and Zimbabwe introduced an economic structural adjustment programme and could barely afford to build any infrastructure.

This means most of the country had a 10-year headstart on Matabeleland South in terms of infrastructure development and the province has never caught up.

Because of the lack of schools in the province, and lack of educated role models, many of the young boys born in Matabeleland South, disillusioned and disenfranchised, then only see South Africa as their saving grace.

You do not believe me? Check the latest figures from the Zimbabwe Vulnerability Assessment Survey, they will show you that someone born in Matabeleland South is less likely to go to primary school or proceed to secondary school than their counterpart from the Mashonaland provinces.

This is not because they are averse to education, as those that peddle tribal stereotypes often allege, but schools are far and few in between.

Where there are schools, these are poorly-resourced and not fit for purpose.

Instead of coming up with solutions by building more schools in the province, Mugabe chose to mock the men of Matabeleland South, accusing the Kalanga of being uneducated and running away from Zimbabwe to be petty thieves and crooks in South Africa.

He also accused the men of leaving their wives only to return twice a year with bicycles and blankets.

He seemed to take pleasure at this without even considering what his role was in causing this imbalance in the Matabeleland provinces.

I could go on and on, but what I know is that his malevolence was unmatched.