Source: Mugabe days are back | The Standard 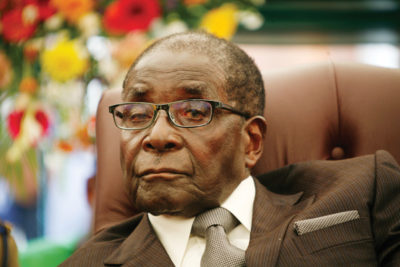 President Emmerson Mnangagwa on Friday predictably signed into law the controversial Constitutional Amendment No 2 Bill, which makes him an all-powerful president.

Clearly, Mnangagwa could not resist the lure of powers that were once enjoyed by his mentor the late Robert Mugabe, who ruled Zimbabwe with an iron fist for 37 years until he was removed through a military coup in 2017.

By assenting to the law that is now facing multiple challenges in the courts because a number of legal minds believe it violates the constitution, the Zanu PF leader ensured that he can handpick top judges.

Mnangagwa can now freely renew the term of office of Chief Justice Luke Malaba, who was due to retire this week due to old age.

The clause increasing the retirement age of judges from 70 to 75 is seen as solely meant to accommodate Malaba and that is a very abhorrent reason to change the country’s supreme law.

A constitution of a country must never be changed to suit individual needs, unless the objective is to dispense with democracy altogether.

Mnangagwa can now choose the chief justice, deputy chief justice and judge president in consultation with the Judicial Service Commission.

Mugabe used to enjoy those unfettered powers until they were clipped in 2013 when Zimbabweans overwhelmingly voted for the new constitution.

One of the reasons the military gave to remove Mugabe was that he was violating the constitution by misusing some of his powers.

When the then Zanu PF ruler was under house arrest, Mnangagwa told him to respect the people’s wishes for him to go as expressed on the streets, warning that the “voice of the people is the voice of God”.

However, this time around, the voice of the people doesn’t seem to matter anymore because the president ignored public sentiment not to sign the amendments into law.

There is no doubt that the rushed amendments have taken Zimbabwe several steps backwards.

Zimbabwe was already a heavily polarised country before the ruling party decided to use its numbers in Parliament with support from the Douglas Mwonzora-led MDC-T to mutilate the constitution.

Instead of finding each other, Zimbabweans have been further pulled apart.

There is a large section of the population that feels hard done by the amendments that were passed with little consultation and they will certainly fight back.

The country has already lost too much time haggling over governance issues and the 2013 constitution had offered the perfect opportunity for us to reset, but personal interests have once again been allowed to trump the collective objective to move Zimbabwe forward.