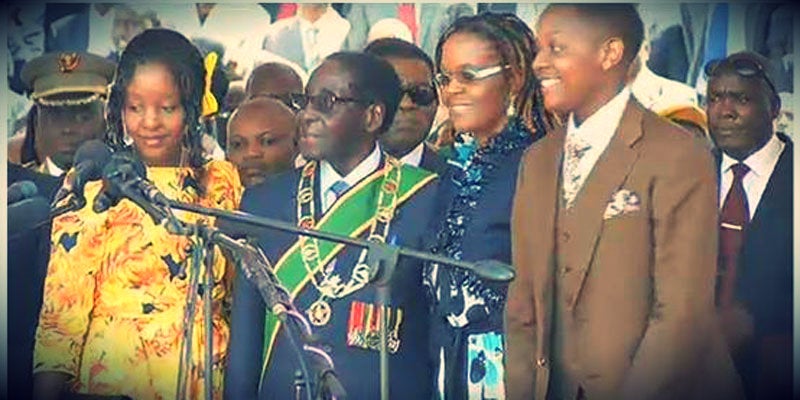 PRESIDENT Emmerson Mnangagwa yesterday said the family of his late predecessor, Robert Mugabe, stands to lose more than 10 of its farms in line with the government policy of one farm per family.

The development comes at a time Mugabe’s sprawling empire faces further shaking after the Reformed Church in Zimbabwe re-claimed its 23 hectares of prime land along Borrowdale Road in Helensvale meant for the relocation of the prestigious Eaglesvale High School.

Speaking at a Zanu PF youth league convention at Rimuka Stadium in Kadoma, Mnangagwa, without mentioning any names, but in an apparent reference to Mugabe, said he was in possession of the provincial preliminary land audit report that showed a certain family owning several farms.

He said government would take more than 10 farms from that family and leave them with one, in line with what Mugabe used to preach on the policy of one family, one farm.

“This family in this province has many farms, although they used to preach against people having many farms. We are going to take some of the more than 10 farms from them that they have and leave them with one farm since that is what they
preached,” Mnangagwa said.

The Zanu PF youth league has been pushing Mnangagwa to grab all farms belonging to former First Lady Grace Mugabe, amid speculation she owned at least 16 farms.

Meanwhile, the Reformed Church in Zimbabwe has reclaimed its Harare land allegedly grabbed by the former first family.

On Tuesday, a notice from the church showed they had taken effective control of their piece of land from the former first family.

“Notice of Eaglesvale Schools on instruction of the property owners. The Nederduitse Gereformeerde Kerk Sinode van midde Afrika registered under Deed of Transfer 4149/80. Under the custody of the Reformed Church in Zimbabwe Daisyfield Trust,” the notice erected inside property read.

“No one is allowed to enter or occupy this land without the owner’s authority.”

Eaglesvale Senior School has been in fights with the Mugabes over the piece of land donated to it by RCZ close to 40 years ago and registered under the Eaglesvale Daisyfield Trust.

Efforts to get a comment from lawyers from either parties were fruitless, while the Mugabe family spokesperson, Leo, said he would not comment on property issues.

“Mr President, I read of a certain President in Africa who is in the habit of firing non-performing ministers and MPs,” Machakaire said.

“I plead with you President to behave the same and fire such and those who involved in corruption as this is destroying the party.”

Mnangagwa said he would today olso order retailers who increased the price of mealie-meal to reverse the hikes.