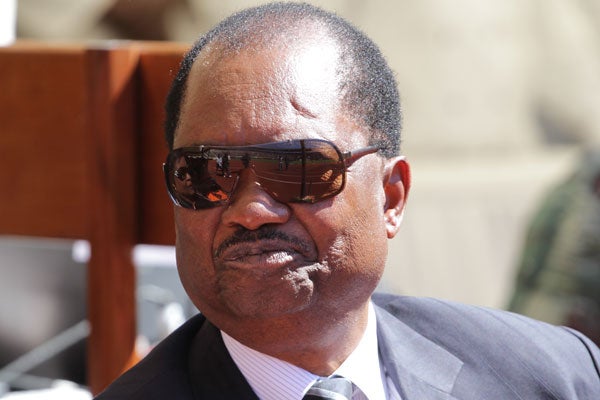 Gumbo, who is now the only surviving member of the Dare Rechimurenga — a group charged with planning and executing the liberation war — had a love-hate relationship with Mugabe dating back to the 1970s.

He served in the late leader’s government and held various top posts in the ruling Zanu PF party and government.

In an exclusive interview with Southern Eye on Tuesday night, Gumbo revealed that the Gukurahundi killings by the North Korean-trained Fifth Brigade soldiers which claimed lives of about 20 000 people in Matabeleland and parts of Midlands, could have been avoided had Mugabe heeded advice for Zanu and Zapu to contest 1980 elections as a single party called Patriotic Front.

“To be honest with you, I did not want to talk about the death of Cde Mugabe because some media twist my words, however… NewsDay is different. What I can say is that we are very sorry that Cde Mugabe is no more. He was our nephew because he was born by our sister MaGumbo. He has also left some children,” Gumbo said.

The former Zanu PF spokesperson was fired from the ruling party in 2015 for allegedly trying to topple Mugabe and replace him with then Vice-President Joice Mujuru.

“The problem is that he has a conflicting legacy and that is something which gives us problems. He did some good things (on the other hand), but on the other hand he did some things which were very bad. Well, as for what he wronged me personally I just say it is over.

I cannot say I forgive him or not because it is now immaterial. The truth is that he died when we were not on talking terms. He treated us so badly, not only me, but he also treated badly the commanders of Zipra who were in the liberation struggle. He forgave the whites, but no us. He did reconciliation in 1980 with the whites, but he did not do so with commanders he detained in 1977.”

Gumbo together with other war commanders in the late 1970s clashed with Mugabe over the direction of the liberation struggle, leading to his “barbaric detention” together with other comrades who included former police boss Augustine Chihuri, the late Henry Hamadziripi and Mukudzei Midzi.

They were thrown into a pit and lived there for several days only to be rescued by the late Mozambican President Samora Machael who said he did not want bloodshed on his land.

Gumbo added: “Even up to now some of the Zipra commanders are suffering, they do not have jobs, their children are not being supported (by government) yet they are the ones who fought, resulting in the Geneva Conference and the Lancaster House Conference.

At independence, he started doing what the white opressors were doing. He was only obsessed with power
and a (leadership) position.”

Zipra Veterans Association (Zipra VA) leaders in July met President Emmerson Mnangagwa in Harare to discuss issuesincluding properties confiscated by government in the 1980s during Gukurahundi and the non-vetting of Zipra cadres, some of whom were living in exile or were killed or made to disappear.

According to Zipra VA, 20 000 of its cadres are still not vetted and have not received gratuity and pension benefits.