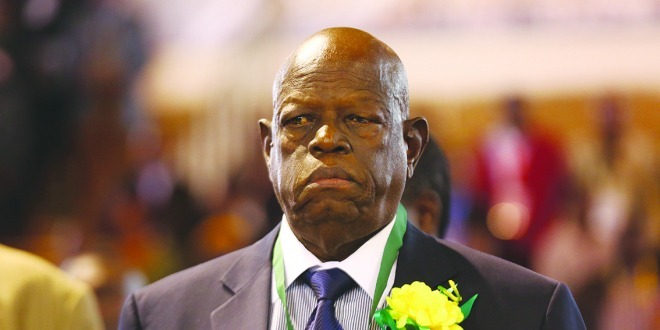 FORMER War Veterans minister Tshinga Dube has dismissed ex-President Robert Mugabe as senile and absolutely intoxicated with power and that he was trying to find relevance following his resignation in November.

Mugabe was forced to resign after 37 years at the helm, following a military takeover, public protests demanding that he steps down and threats to impeach him by
parliamentarians.

The former President last week told the media he was toppled by a military coup.

Mugabe claimed that his successor President Emmerson Mnangagwa was in office illegally, before harping on the need to correct the “disgrace” of the military.
Mnangagwa, in response, said the country had moved on from Mugabe era.

Dube, who is Zanu PF Makokoba legislator, said Mugabe was a bitter, senile old man who was absolutely intoxicated by power, hence his failure to accept that he was no longer President.

“When a very old man talks, we don’t worry, you forgive him, that’s why we say an old man has a right to say anything and we just say this is an elderly person. We don’t even have to answer. We don’t take him seriously,” Dube told journalists after addressing a Zanu PF youth league rally in his constituency on
Saturday.

“We are moving forward as you can see we are moving into a new era. We have been stagnant for more than 30 years because of him. We want to build the country and you can see things are beginning to move. So whatever he is saying we don’t worry about that.”

Mugabe, who has been linked to the new opposition National Patriotic Front, which reportedly draws its membership from Zanu PF’s disgruntled G40 members, has said he was open to dialogue with Mnangagwa over the coup, but Dube said the former President had nothing to offer.

“Mugabe is just too old to such an extent that he just says some of those things. A reasonable person wouldn’t say that. He is trying to find relevance which he has lost completely. He does not accept that it’s over and gone,” he said.

“You know once you have tasted power, as George Bernard Shaw says, it intoxicates and absolute power intoxicates, so Mugabe is really intoxicated, absolutely intoxicated by the power that he had. We don’t worry about him at all, we don’t want to waste time on him.”