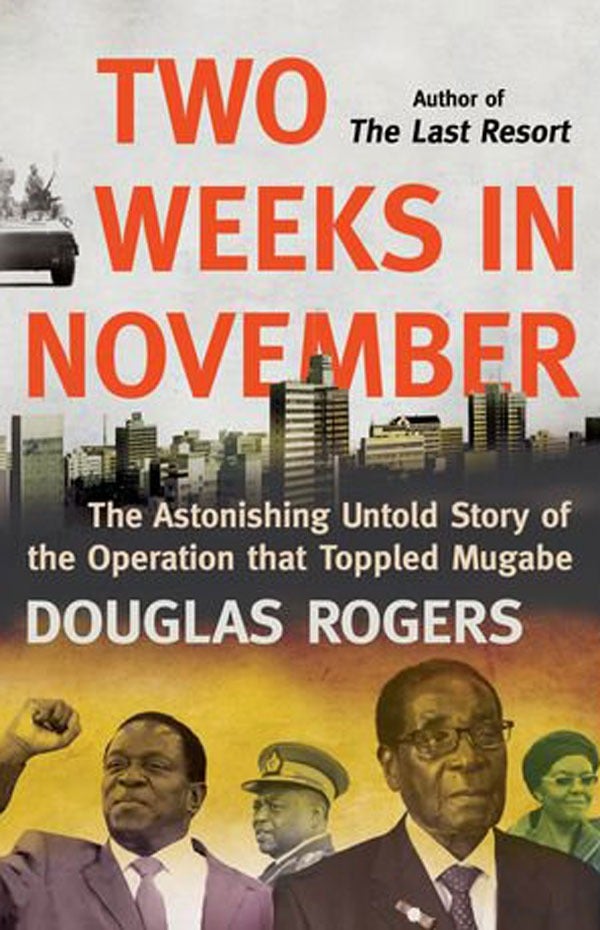 The book, Two Weeks in November, has helped many of us understand in finer detail the circumstances around the ouster of former President Robert Mugabe through a “bloodless coup” in November 2017.

The book is centred on events that unfolded during the two weeks from the plotting to remove Mugabe from power up to the time he was eventually shown the door, including the flushing out of the “Generation 40” elements from both Zanu PF and government.

Impressive and compact details emerge on not only how discordant forces in the name of human rights activists and lawyers worked together with Central Intelligence Organisation operatives to dispose Mugabe as well as President Emmerson Mnangagwa’s escape from the country after he was ejected from his job as Vice-President amid accusations of hatching a plot to remove Mugabe from power.

Works like these can be considered as useful in bridging some historical gaps.

The absence of such literature can be attributed to dangers associated with failure to dig deep into national issues as a lot of writers appear afraid to venture into the treacherous waters that usually go with deep political issues.

The game of politics, like Rogers details so well, is often dirty.

You never know who you are dealing with and it is a constant recurrence of the process of doubling tasks and bypassing the institution of trust.

The late founding MDC president Morgan Tsvangirai was a victim of such a system.

It only turned out years later that his South African logistics manager was a spy, doubling as Mugabe’s informer.

This shows that the African intelligetsia remains without control of the manufacturing and moving forward of its knowledge systems.

The developmental praxis of the continent remains as shaky as its capacity, or lack thereof, to decode its own historical events.

From the reading of the text, one realises that former Information minister Jonathan Moyo’s claims that Christopher Mtsvangwa was working alongside Mnangagwa to dispose Mugabe were true, even if no one was prepared to give him an ear.

The process had begun unrolling from as far back as 2015, with the operation being headquartered in Johannesburg.

Essentially, Two Weeks in November details what was happening on the Lacoste faction’s side.

What is, however, evident is that the G40 was rather inaccessible as the author was collecting data.

Rogers had to rely on second and third hand information, but his tact remains outstanding.

Although carrying a story of guns, near-death experiences, humiliation, terror, deaths and rage, the book is not without its apportionment of humour, such as the description of Jonathan Moyo, the exited G40 think-tank: “Tall and thin, with an egg-shelled head that rests large and unsteady atop his lanky frame…”

The text, however, is rosy on the part of its presentation.

It, like the operation that led to the disposal of Mugabe, sounds like a project intended to purify the man, Mnangagwa, and his system and the complete erasure of the term “coup” in “the coup that was not a coup”.

It is reported and also anticipated that the likes of Saviour Kasukuwere and Moyo will come out of the blues with books giving accounts of how all that happened made them opt for exile, leaving at home million-dollar estates that they had accumulated in the years of G40 “looting”.

Over a year after the coup that was anticipated to rescue the country from the brink of collapse following almost three decades of Mugabe’s misrule and economic mismanagement, public disillusionment has set in as the country is now worse off than when Mugabe left it, but at least life is still going on.