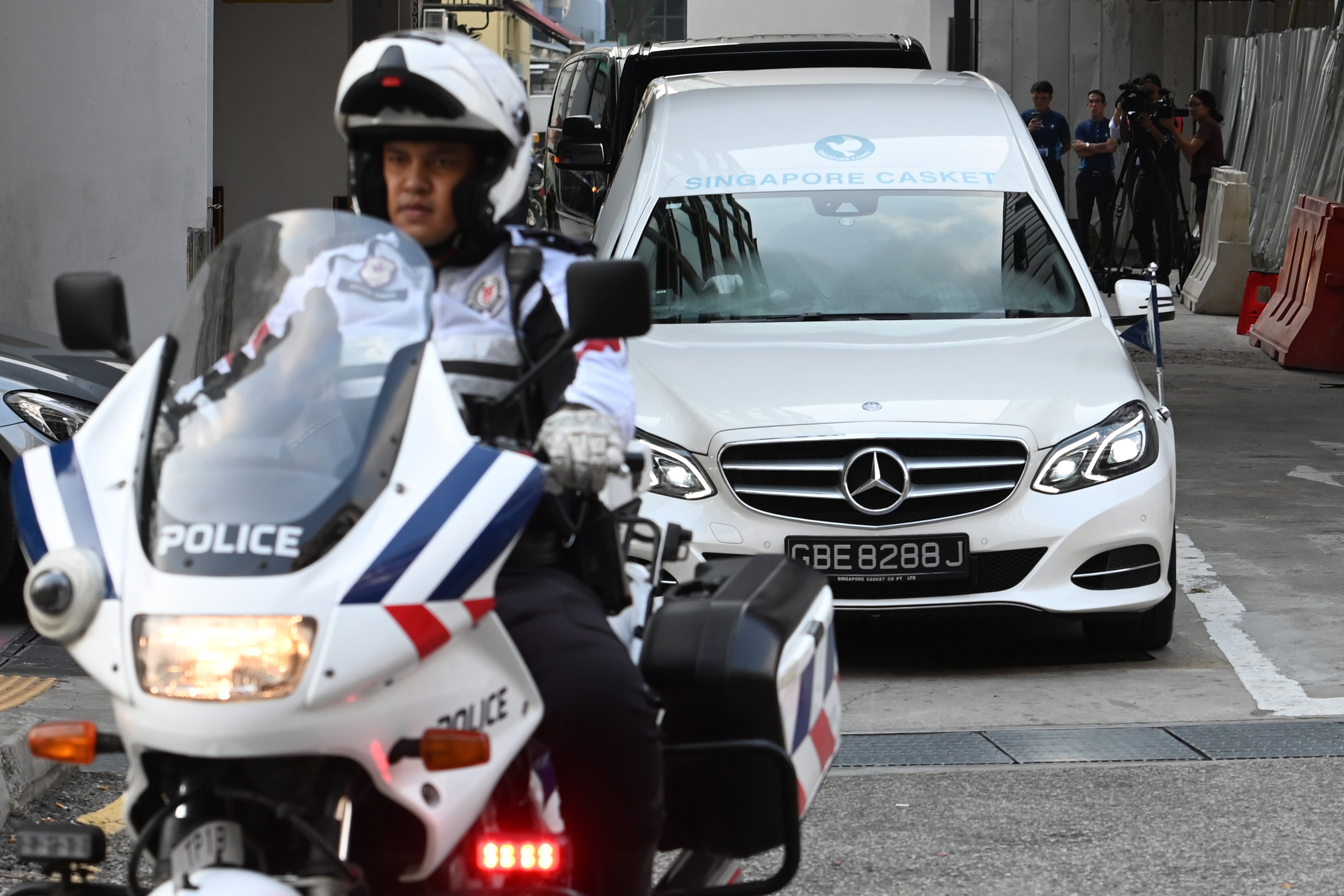 A police outrider leads a hearse transporting the body of former Zimbabwe president Robert Mugabe from the Singapore Casket funeral parlour in Singapore on September 11, 2019.

SINGAPORE – A hearse carrying the body of Zimbabwe’s ex-president Robert Mugabe left a funeral parlour in Singapore on Wednesday bound for an airport from where it will be flown back home for burial.

Mugabe, a guerrilla leader who swept to power after Zimbabwe’s independence from Britain and went on to rule for 37 years until he was ousted in 2017, died on Friday, aged 95.

His health deteriorated after he was toppled by the military and former loyalists in November 2017, ending an increasingly tyrannical rule that sent the economy into ruin.

Relatives and Zimbabwean government officials have travelled to Singapore, where Mugabe died after receiving treatment for several months, to collect his body. They will fly out later Wednesday.

A white hearse carrying Mugabe’s body left the funeral parlour, accompanied by police motorbikes, and drove past a group of journalists.

The visiting group, who include Vice President Kembo Mohadi, arrived on Tuesday and attended a private Catholic mass for Mugabe at the parlour, officiated by a Zimbabwean priest.

Zimbabweans have been divided over how to mourn a former leader once hailed as a liberation hero but who later brutally repressed his opponents.

On arrival in Zimbabwe, Mugabe’s body will be taken straight to his village in Kutama, in Zvimba district west of the capital Harare, for an overnight wake.

On Thursday and Friday the body will lie in state at Rufaro Stadium in Mbare township in Harare – where Mugabe took his oath of office — for the public to pay their final respects.

The official funeral will be held on Saturday at the giant 60,000-seat National Sports Stadium in Harare and foreign leaders are expected to attend.

His body will be buried on Sunday but the location remains unclear.

Mugabe’s family and President Emmerson Mnangagwa’s government are apparently at odds over whether it would be at his homestead northwest of Harare or at a shrine for liberation heroes in the capital.