Twice, Mugabe could have saved Zimbabwe 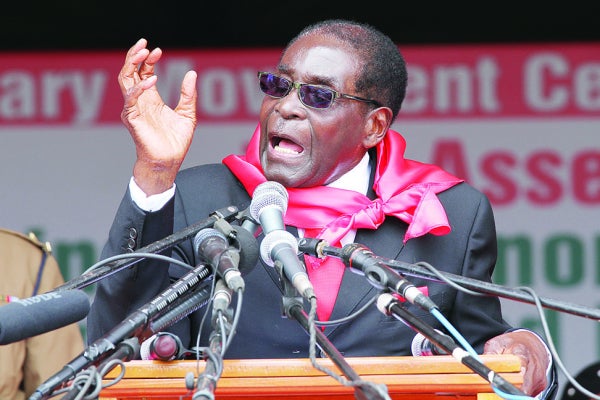 IT is a ubiquitous moral principle that cuts across most of Africa that people should not speak ill of the departed. Zimbabwe has an idiom to this effect and so do many other African nations. The principle, in a nutshell, is that once a person crosses into the hereafter, they must inherently be spoken of as good and exemplary. In other words, the evil of the dead must not be brought to the fore.

This presents a conundrum for the people of Zimbabwe following the death of former longtime ruler Robert Mugabe in Singapore last Friday.
The true legacy left by Mugabe remains grainy to some. Countries like Tanzania and Kenya have officially declared Mugabe a hero, even pronouncing days of grieving. It is paradoxical that, back home, there isn’t a sense of grief among ordinary Zimbabweans.

Even from media surveys on hordes of people in the country, it is plain that there are few, if any, tears for Mugabe from the masses. Of course, there are plenty who benefitted from the system of patronage he created who grieve deeply in this hour.

Many will recall how a dark cloud descended upon South Africa when Nelson Mandela was pronounced dead on December 5, 2013; anyone who was in South Africa at the time can vouch for the truth of the sombreness that engulfed the southern African country. There was no question about the deep sense of loss felt by South Africans and Africans in their entirety. But the same cannot evidently be said of Mugabe.
Zimbabweans have largely been indifferent to the news of Mugabe’s death. Most people interviewed, in keeping with the African culture chose to simply highlight that death was an inescapable reality for all humanity.

However, there are a number of honest people who called a spade by its name. One ice cream vendor in Harare highlighted: “I have no tears for Mugabe, all the suffering we are witnessing today and the heavy-handedness of the State against dissenters are purely products of Mugabe’s style of leadership.”

Others echoed the same sentiments: “People must not try to misapply the old adage that one becomes flawless in death. Mugabe has escaped justice in this world for the thousands of people massacred in Matabeleland and the Midlands under his direct instructions, but his sins will surely follow him.” These were the words of one blogger on social media. Social media, by its nature of faceless characters has had an avalanche of brutally honest comments about Mugabe.

There are quite myriad angles from which to dissect Mugabe’s complicated political and social life but, in my view, the thing that will forever ring in my mind when the name Mugabe is mentioned relates to the two times the man could have saved this country from total collapse, but he didn’t.

Mugabe professed to love Zimbabwe, but to the contrary, his actions spoke otherwise. Today, Zimbabwe could have been a better country to live in were it not for Mugabe’s strong-headedness. Mugabe’s love for power transcended everything else, even his own family. At the peak of the military coup that toppled him from power in November 2017, it is reported that the man offered to have his wife confined to Malaysia if it meant he retained power.

Firstly, Mugabe could have saved Zimbabwe in March 2008 when he lost the presidential election to MDC-T’s Morgan Tsvangirai in a hotly contested election, but clung on to power. Despite having stated that he would leave power if defeated, Mugabe went on to do the unthinkable by withholding election results for four long weeks only to announce presumably doctored results indicating that Tsvangirai had not won through an absolute majority and that a run-off would be necessary. Mugabe’s acceptance of defeat then would have totally altered the course of history for Zimbabwe and more importantly the path of the economy and Zimbabwe’s relations with the international community.

It is apparent that the results that led to the run-off were not a depiction of reality, but indicated Mugabe’s obsession with power leading to continued political and economic turmoil for Zimbabwe. That the State went on to unleash untold violence on citizens in the run-up to the run-off is ample evidence of how Mugabe was addicted to power. In the process, he totally ruined the future of his country.
Nothing ever recovered even when he contested against himself and “won” the run-off election. The economy tumbled further and the political crisis worsened.

Just after squandering this opportunity to save Zimbabwe, Mugabe went on to seize power, but the harsh reality of a dying economy soon forced him to embrace a Government of National Unity (GNU) composed of the two MDC formations, one led by Tsvangirai and the other fronted by Arthur Mutambara. In 2009 up to 2013, Zimbabwe experienced one of its most stable economies in years. Prices stabilised and inflation dropped dramatically. Groceries became affordable again.

The pride of the worker was restored. But again, in 2013, Mugabe reverted to his old ways. There remain fundamental questions as to how Mugabe never campaigned much in that election and how a shadowy Israeli company Nikuv was involved in that election. The result was a shocking win for Mugabe with 61% of the vote against Tsvangirai’s 34%. Zimbabwe never fully recovered under Mugabe’s rule.

The country continues in the same tragic direction that Mugabe could have stopped by conceding defeat, but he did not. Good bye Mugabe!

 Learnmore Zuze is a legal officer and writes here in his own capacity.