Other than “Crisis in the Middle East,” is there a more predictable headline than this from the Los Angeles Times?: “Zimbabwe President Robert Mugabe re-elected; opponents cry foul.”

Mugabe, who is 89 and has run his country for 33 years, was never going to allow a free and fair election.  He wouldn’t have remained in power this long if it were otherwise. Zimbabwe under Mugabe is one long tale of a promising country tumbling into ruination. The economy is a train wreck, corruption is endemic, poverty is everywhere, unemployment is estimated at more than 90%, and advancement is all but impossible unless you are a supporter — or better yet a leader — of Mugabe’s Zanu-PF party.

So why is anyone surprised that the latest election would be a fraud? In the past, Mugabe maintained his position through the generous application of violence. If he had to murder, arrest or torture opponents to prevent them gaining a foothold on power, so be it. In 2008, when it appeared the opposition Movement for Democratic Change might be making progress anyway, Human Rights Watch reported that Zanu-PF set up “torture camps” to ” systematically target, beat, and torture people” suspected of supporting the MDC.  When Mugabe came second to MDC’s Morgan Tsvangirai, he set up a phony coalition with himself in charge and went on ruling as he always had. Unwilling to embrace violence, Tsvangirai has never been a match for Mugabe’s unbridled cold-bloodedness.  Mugabe’s solution to an unsightly shantytown that had grown up in the capital, and where support for the opposition was strong, was to bulldoze it.

Nonetheless, the response to last week’s election was the usual outpouring of diplomatic disapproval.

“We are rejecting these results because the election was fraudulent,” declared Tsvangirai.

“The irregularities in the lead up to the elections and on election day itself, reported by the observer missions and in contravention of SADC’s guidelines, call into serious question the credibility of the election,” he said.

John Kerry, the U.S. secretary of state, said the process was deeply flawed and did not represent the will of citizens.

“In light of substantial electoral irregularities reported by domestic and regional observers, the United States does not believe that the results announced represent a credible expression of the will of the Zimbabwean people.”

The official reaction of Foreign Minister John Baird was blandness itself.

“Canada has serious concerns about the reported irregularities and lack of transparency in the democratic process, which call into question whether the results can credibly represent the will of the people.

“Canada does congratulate the people of Zimbabwe for participating peacefully in the first elections under their new constitution.

“It is our hope that the irregularities will be investigated and that new transparency mechanisms will be implemented to ensure the credibility of the election process.”

Well, ho and hum. Mr. Baird can get fired up about lots of things,  but the strangulation of individual rights in Zimbabwe evidently isn’t one of them. Perhaps that simply reflects the reality: the West has tried all the usual pressure tactics outside of invasion: sanctions, isolation and embargoes; travel restrictions and financial curbs on Mugabe and his top henchmen; and a regular fusillade of disapproving lectures from more respectable statespeople. Other African leaders have been urged to deliver warnings and  reason with Mugabe, all to no avail. Although a number of African media sites reported Mugabe had denounced Nelson Mandela as a “coward” and “idiot,”  South African president Jacob Zuma shrugged off the fraud allegations and sent his “profound congratulations” to Mugabe. 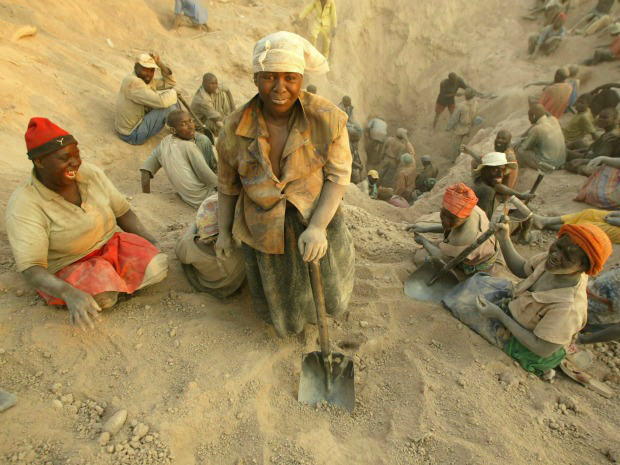 Mugabe isn’t likely to pay much heed to the denunciations.  He dismisses the West as a pack of anti-African colonizers. He supports himself and his followers by siphoning off the proceeds from Zimbabwe’s lucrative diamond trade.  The Sunday Times reported Mugabe used $850 million in diamond takings to rig the elections.  An Israeli report suggests Zimbabwean diamond exports may quintuple over the next five years.

That’s more than enough to fuel Mugabe and his famously lavish-spending wife, Grace, through the end of his latest mandate, if he lives that long. Mugabe will be 90 in February. He is known to have health problems. Even diamonds and violence can’t keep him alive forever.