Mukonori: A lifetime of mediating change 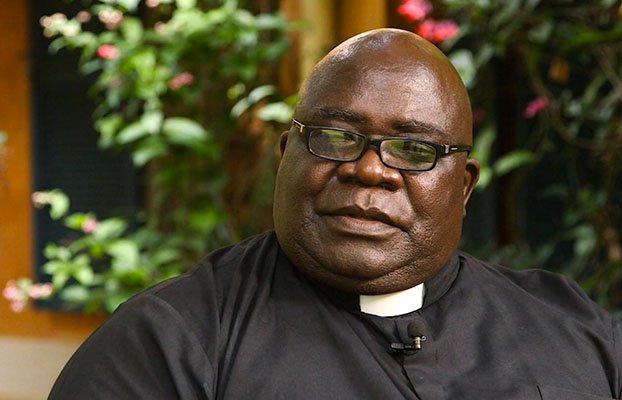 FATHER Fidelis Mukonori is a respected Catholic clergyman who has played key roles in Zimbabwe’s history.Little is known of how Fr Mukonori

FATHER Fidelis Mukonori is a respected Catholic clergyman who has played key roles in Zimbabwe’s history.

Little is known of how Fr Mukonori grew up on the outskirts of Harare under the jaws of the Ian Smith colonial yoke and how this shaped him into the man he is today.

This is his story.

“From ancient Catholic history, priests were only whites; this is why they were referred to as ‘fathers’. It was a way of showing racial superiority,” narrates Fr Mukonori. “It was only in 1924 that the first four black priests were ordained in Uganda. Years later, in 1960, black sisters were ordained.”

Fr Mukonori tells us that during his days at Chishawasha Primary School and later at the Catholic mission secondary school, racism was pronounced.

The young Mukonori and his colleagues felt enough was enough and rebelled against unequal treatment at the school.

“Every time we went to church, the communion would be served in order of seniority starting with the priests, followed by scholastics and then brothers. They were all European. Then white sisters will partake of the communion and lastly black sisters.”

The straw that broke the camel’s back fell in 1961. “There was a silver platter which was used during communion and the priest would place it in front of a worshipper but things always changed when it was a black person’s turn to partake,” he says.

“Week after week, things got worse as we were sidelined. Our anger grew. Instead of going for interaction, like we used to after a Sunday morning service, I declared to the Dominican nun that we were not going anywhere and my colleagues followed suit with determination.

“We made it clear to the headmaster that we were complaining against segregation in the house of the Lord. We demanded that our sisters receive fair treatment.” Fr Mukonori says the school head failed to calm tempers and the young blacks finally got their way. “The following day, the communion silver tray came and everyone watched closely what was going to happen.

“The last standing white nun took her communion before stepping aside and passed the silver platter to the priest who moved forward to hand the communion to a black nun.

“There was thunderous applause in the church as this marked a break from the previous segregatory practices.”

Fr Mukonori says it was around this time that he realised his ministry would be more than just about preaching but would encompass making wider social interventions. It was thus no surprise that he was one of the few people at the centre of the processes that led to Mr Robert Mugabe’s spectacular decision to resign as President of Zimbabwe in November 2017 after 37 years in power.