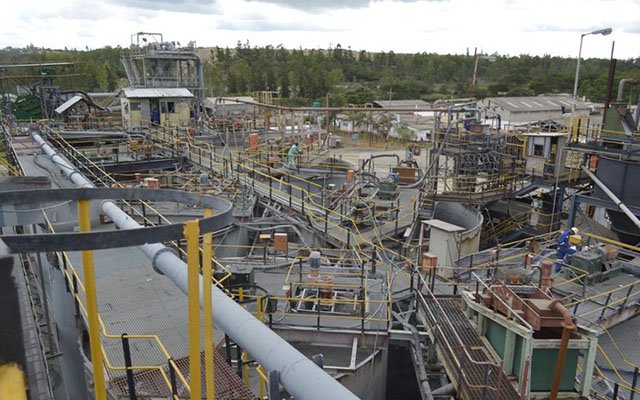 The disposal of the shares is being done through Freda Rebeca’s London-listed shareholder, Asa Resources Plc. In the heads of argument filed last week at the High Court by Mr Musanhi’s lawyer Advocate Lewis Uriri of Temple Bar, Zimbabwe Inns of Court, the businessman-cum politician accuses Freda Rebecca and Mwana Africa for breaching the company’s Articles of Association, and consequently a breach of the certain provisions of the Companies Act.

In this regard, Adv Uriri argues that both Mr Musanhi and Suncraft have legal basis to seek the statutory oppression remedies under sections 196 and 198 of the Companies Act.

“The effect of this conduct of the business of the company without regard to its constitutional documents, and the rights for the applicants directly impacts negatively upon the rights of the applicants as shareholders,” said Adv Uriri.

In his argument, Adv Uriri seeks to rely on the provisions of the Sale of Shares Agreement, and the Shareholders Agreement for the purpose of establishing that the relief sought in terms of section 198 of the Act. This, he argues, is a just and equitable redress for the oppressive conduct.

“The applicants complain that Mwana Africa and Freda Rebecca Holdings acting in common purpose in the interest of Mwana Africa as the beneficial majority shareholder in the Gold Mine, have conducted themselves in a manner that is unfair, unduly oppressive and prejudicial to the second applicant, which is a minority shareholder in trust for the first applicant.” Asa received a cash offer for its shareholding from Rich Pro Investments, a deal likely going also to affect Freda as a subsidiary. The breach was allegedly contradictory to Freda’s Articles of Association and a shareholder’s agreement concluded with Suncraft.

London junior market listed Asa is being accused of making decisions on behalf of Freda Rebecca, which has its own board of directors. Asa also controls Zimbabwe Stock Exchange Bindura Nickel Corporation. Mr Musanhi is a director in Suncraft which bought 15 percent shareholding in Freda Rebecca in May 2012. A shareholders agreement was thereafter executed as an adjunct as stipulated under Article 9 of the Sale of Shares Agreement.

Suncraft alleged that major decisions relating to the Freda Rebecca Gold Mine were made on directives of the Asa board of directors without reference or recourse to Freda’s board of directors. In the application, Suncraft also made sensational allegations from a special investigation report showing how over $22 million in shareholder loans, was externalised without the approval of the board.

The company claimed that the shareholder loans arise from agreements entered when Freda acquired Ashanti Goldfields Zimbabwe Limited. Repayment of the said loans entitled Mr Musanhi to 15 percent of the amount thus repaid and this was not upheld. Suncraft cited how the investigation also uncovered a host of administrative irregularities and malpractices, including bribery, corruption, transfer pricing and externalisation of funds amongst other things. This affected operations of the gold mining company and prejudiced applicant, the country and fiscus at large through unpaid taxes. Suncraft said it formally gave notice in writing of the breaches stretching as far back as 2013 and most recently in April this year.