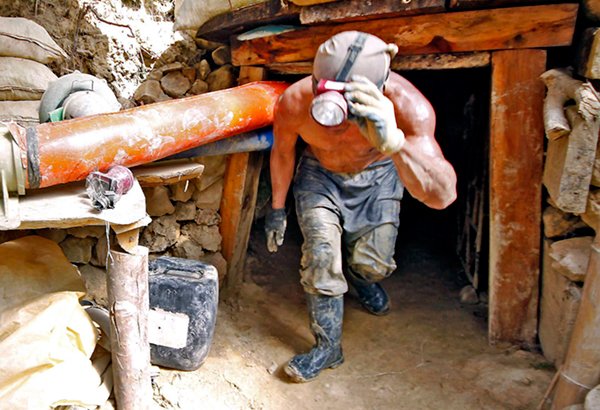 OFFICIALS representing Newfield Investments, involved in granite stone mining in Mutoko, have denied reports that they sealed off boreholes they had sunk in the area, leaving villagers stranded for water.

The company’s managing director Gary Welsh yesterday denied claims by Zanu PF Mashonaland East political commissar and MP Hebert Shumbamhini that they had disabled the boreholes after winding up operations at Sidingo Mine in Mutoko East.

“Sidingo Mine is a responsible and compliant company, which values their relationship with all the communities surrounding our operations,” Welsh said.

“We have never sealed any boreholes and have continuously supplied water to the Makochera community, even though we have temporarily suspended our operations and placed our mine under care and maintenance. Sidingo has donated a Lister pump to the community, which has always been used to pump water for our operations.”

When NewsDay visited the communities at the weekend, two of the three boreholes were functioning, with villagers fetching water.

Shumbamhini last week told a Zanu PF provincial co-ordinating committee meeting that the firm had sealed the boreholes and refused to repair villagers’ houses which were affected by
heavy blasting from the mining site.

He also accused the company of failing to repair damaged bridges in the area.

But Welsh dismissed the allegations as unfounded.

“These unfounded allegations are absolutely untrue as all blasting we undertake is performed on loose rock formation as we cut the rock loose from the mother rock using diamond wire
saws and this prevents any damage to our granite formation and it’s impossible to cause damage to houses hundreds of metres away,” he said, adding that besides boreholes, his company had built a community hall, two classroom blocks at Gurure Primary School and refurbished a building at Makochera Primary School as part of its corporate social responsibility.