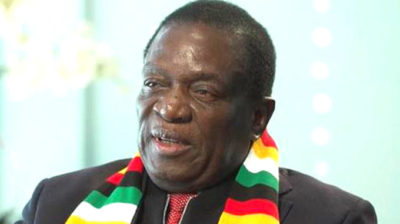 PRESIDENT Emmerson Mnangagwa has dropped his Zanu PF hardline stance and once again invited his political nemesis, opposition MDC leader Nelson Chamisa, for talks to tame the country’s runaway inflation, which has seen prices of goods and services shoot through the roof, as the virtual Real Time Gross Settlement dollar chases the elusive United States dollar.

Mnangagwa, who has since last year’s disputed presidential poll failed to pin down Chamisa for dialogue as the latter insisted on the talks to be premised on resolution of the Zanu PF’s legitimacy issue, yesterday took to his official Twitter handle, to invite the youthful opposition leader for negotiations.

“Today, as we remember (the late MDC founder) Morgan (Tsvangirai) and his contribution to the nation, let us all choose to live those values which he embodied: Unity, dialogue and
patriotism,” Mnangagwa said.

The Zanu PF leader admitted that the country was facing a crisis and it was time for political leaders to set aside their different party ideologies and engage each other for the betterment of the people.
“We live in challenging times, and only by working together, irrespective of party, ethnicity or totem, can we build a peaceful and prosperous Zimbabwe. May Morgan’s memory be blessed and let us all join hands for the well-being of our great nation,” Mnangagwa said.

His latest overture to Chamisa comes after his engagement with nearly 20 other fringe opposition leaders was widely dismissed as a ruse and insignificant.

Chamisa narrowly lost last year’s hotly contested elections to Mnangagwa and has refused to accept the Zanu PF leader’s legitimacy even after losing the presidential election challenge at the Constitutional Court.

Several international bodies, including the European Union, have called for dialogue between Mnangagwa and Chamisa to address the legitimacy issue, which has been cited as the major stumbling block to the country’s engagement efforts and economic revival plans.

Some local church groups have also offered to broker the talks, but both Zanu PF and the MDC have remained deeply entrenched in their hardline party stances.

Mnangagwa has been holding talks with losing presidential candidates in last year’s elections, but Chamisa snubbed the talks demanding for a neutral mediator.

The Zanu PF leader had insisted that he would only engage Chamisa if the latter recognised his legitimacy.

Yesterday, the MDC, through its spokesperson Jacob Mafume, said the party was ready to engage with Mnangagwa through a credible process, provided he was sincere.

“The president, Advocate Nelson Chamisa, has been very clear and consistent. That is a welcome move and we don’t have time to waste. The people of Zimbabwe are suffering. We need to do something to help them. We don’t want to continue talking about dialogue, we need to talk and solve the crisis. This is what we represent,” he said.

Addressing supporters at Tsvangirai’s memorial service in Humanikwa village, Buhera, on Saturday, Chamisa bragged that he would soon drag Mnangagwa to the talking table “kicking and screaming” as the Zanu PF leader was under siege from a crumbling economy.

Speaking at the same event, Tsvangirai’s eldest son, Edwin, also pleaded with the two political protagonists to talk in the interest of the nation.

Edwin said, to save the country from further collapse, opposition leaders must draw lessons from Tsvangirai, who between 2009 and 2013, worked hand-in-glove with his rival former President Robert Mugabe in a coalition government.

“As you might recall, we had an economic crisis sometime back and my father sacrificed his life and family for the good of the people,” he said.

“I think we are at that point now where the economic situation is bad. I think we have reached the same levels, if not worse. Things are hard and we are saying let us put the interest of the people first.”

Chamisa has demanded that the talks between him and Mnangagwa be led by a neutral convener preferably from the region.