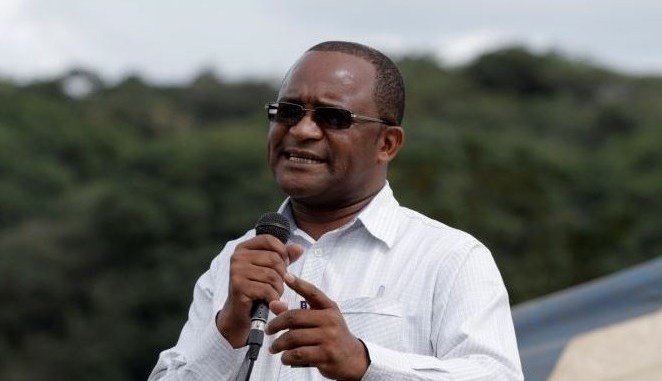 The onslaught against MDC Alliance legislators by the Douglas Mwonzora-led MDC-T, with help from the ruling Zanu PF, has weakened Parliament and is now a major threat to Zimbabwe’s nascent democracy, analysts have said.

A fortnight ago, speaker of the National Assembly Jacob Mudenda, a Zanu PF politburo member sanctioned the controversial recall of former Finance minister Tendai Biti and five other legislators, who once belonged to the People’s Democratic Party (PDP).

Biti, who has been one of the most effective opposition legislators in the current Parliament, is challenging the recalls arguing Benjamin Rukanda who demanded their withdrawal from the legislature was not even a PDP member.

This brought the number of MDC Alliance legislators that have been recalled since last year’s Supreme Court ruling that said Nelson Chamisa’s succession of Morgan Tsvangirai was unlawful to 48.

Then MDC-T interim leader Thokozani Khupe and now Mwonzora have also engineered the dethroning of 80 MDC Alliance councillors across the country on the pretext that they have joined another party.

Mwonzora and Khupe have been accused of furthering President Emmerson Mnangagwa’s wish of creating a one party state by dismantling the country’s biggest opposition party led by Chamisa.

The recalls came at a time when  Mnangagwa’s government is being accused of using Covi-19 as an excuse not to hold by-elections to fill vacant parliamentary and local government seats.

Trust Maanda, the Electoral Resource Centre (ERC) chairman, said the mounting vacancies in the legislature and local authorities had become a threat to democracy.

Maanda said the crisis was being compounded by the reluctance by the Zimbabwe Electoral Commission (ZEC) to hold by-elections since last year citing regulations to stop the spread of Covid-19.

“The recalls of Members of Parliament, coupled with a suspension on by-elections means that the people are left without their representatives in Parliament,” the ERC boss said.

“Parliament plays an overseeing role over the functions of the other arms of government.

“Without some of its members,  Parliament’s functions are curtailed.

“Excesses of other arms of government will, needless to say, go unchecked.

“This does not bode well for a democratic society based on openness, accountability, transparency and equality.”

Chikwinya, who was one of the most vocal legislators, said the recalls had given Zanu PF the freedom to do as it pleases.

“The remaining MPs and councillors may no longer have confidence to stand against the majority Zanu PF MPs,” he said.

“As it is right now, one of the four critical arms of governance, the legislature, has been destroyed through unconstitutional recalls.

“Government has been further crippled by a captured judiciary system, hence, left with the executive and the media, the Zimbabwe government is now authoritarian.

“In the absence of parliamentarians, power holders will loot will-nilly without checks and balances.”

Chikwinya said the suspension of by-elections was a violation of citizens’ fundamental right to elect their representatives, which is enshrined   in the constitution.

“Section 117 of the constitution stipulates that the legislative authority is derived from the people, who also have the right to withdraw that mandate,” he said.

“However, as it is right now, the electorate’s will was undermined.

“The suspension of by-elections is a clear indication that the recalls were orchestrated by self- centred politicians who are seeking to suppress accountability, thus oversight of government activities to the people.”

“This is a sad story for Zimbabwean politics as far as democracy is concerned,” Duri said.

“The continued recall of opposition MPs and prolonged suspension of elections is working in favour of Zanu PF.

“The ruling party does not have recalled MPs and it has control over government institutions hence without by-elections, it means that they don’t want the opposition, but to maintain a one party state.”

MDC-Alliance deputy chairperson Job Sikhala said the recalls were meant to weaken Parliament’s ability to keep the executive in check.

“Where there is a vacancy because of whatever reasons, the constitutional requirement is that by-elections should be held to fill the vacancy,” Sikhala said.

“The cowardly excuse of the Covid-19 no longer holds water.

“Many countries in Africa are holding general elections.”

“Zanu-PF itself held its elections amidst the pandemic.

“The Covid-19 has regressed as evidenced by the lifting of lockdown restrictions.

“There is no excuse why elections should not be held.

“Parliament must compel the board responsible to hold elections to fulfil its constitutional mandate.”

Maanda called for a new law on the recalling of legislators to avoid any ambiguities.

“The law on recalling legislators needs to be clarified by statutes so that recalls are not done as a facade for settling political scores,” he said.

“The law on the timing of by-elections should be complied with in order for citizens to have representatives in Parliament as the law envisages and as democracy and the rule of law require.”

In a joint statement, ERC and the Zimbabwe Election Support Network (Zesn) said the delays in holding by-elections had become a threat to the constitutional order.

“It is worrisome to note that citizens continue to find themselves without representation in Parliament and local authorities,” ERC and Zesn said in response to ZEC’s announcement last week that it was maintaining its suspension of by-elections.

“ZEC should avoid creating a public perception that it is nitpicking and choosing, which aspects of constitutional and electoral obligations it decides to comply with, or disregard under the pretext of complying with Covid-19 regulations.

“This may negatively impact on public and stakeholder trust and confidence in its independence and impartiality.

“The commission could proceed with by-elections as is the case with other countries such as South Africa that held local authority elections amid the Covid-19 pandemic.”

They added: “In the interest of upholding representative democracy in Zimbabwe, ZEC could draw lessons and ensure adherence to its own Covid-19 policy that it formulated and promulgated in September 2020.

“It would be difficult to countenance the continued suspension of by-elections, with the attendant effect of the continued suppression of the right of citizens to representation, when schools, universities, businesses, and other sectors have been opened.”

The organisations urged Mnangagwa’s administration to avoid introducing laws that violate the constitution on the pretext that it is protecting citizens against Covid-19 .

“Zesn and ERC implore the government of Zimbabwe to desist from enacting statutory instruments that undermine the spirit and letter of the constitution and should thus create inclusive multi-stakeholder spaces, for ongoing dialogue and collaboration, which will lead to the holding of Covid-19 compliant by-elections, to enable citizens to peacefully exercise their constitutionally enshrined political rights,” the organisations said.

“Zesn and ERC reiterate that by-elections could be held under strict Covid-19 protocols to protect the health of the people and to safeguard the health of democracy.”

“We continue to monitor efforts by the government to dismantle the MDC Alliance through the arrest and detention of its leaders and diversion of its assets,” the US State Department said in a statement.

“We also note the government’s selective enforcement of Covid-19 regulations to indefinitely postpone by-elections and prohibit MDC Alliance gatherings, while permitting elections of the ruling Zanu PF party and its allies going forward.

“Zanu PF is misusing the levers of government to silence critics, neutralise opposition and entrench its political power over the Zimbabwean people.”

Zanu PF denies that it has any hand in the recall of the legislators, but Mudenda’s role in the manoeuvres has come under scrutiny with accusations that he is biased.