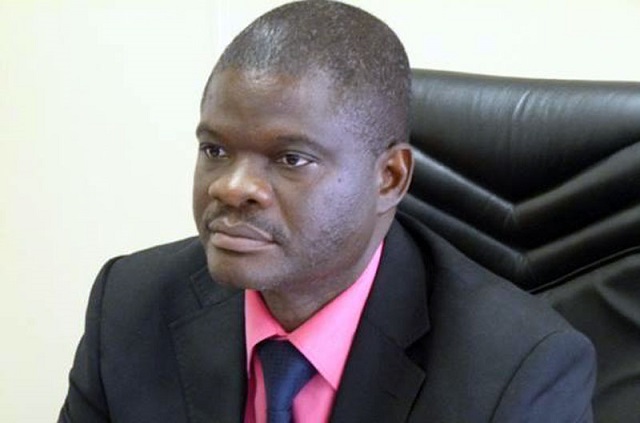 THE Douglas Mwonzora-led MDC-T party has started pushing Parliament to ensure that pending by-elections are suspended indefinitely, claiming that the Covid-19 pandemic has made the playing field uneven.

Mwonzora, who in the past year has been manoeuvring to be the main opposition leader in Zimbabwe, last month met President Emmerson Mnangagwa and his deputy Constantino Chiwenga under controversial circumstances to push for the postponement  of the polls.

When The Standard exposed the plan, he flatly denied that he was pushing for the elections to be scrapped.

It has since emerged that MDC-T leaders introduced the proposal to delay the elections in Parliament’s peace and security thematic committee last week following a presentation by the Zimbabwe Electoral Commission (ZEC).

MDC-T is said to be wary of elections because it might lose its newfound power in a direct contest with the mainstream opposition party MDC Alliance and the ruling Zanu PF.

Mwonzora’s party recalled dozens of MDC Alliance legislators and councillors as he wrestled for the control of the party with Nelson Chamisa.

MDC-T chairperson Morgen Komichi confirmed to The Standard the Parliament process and defended the move, saying the Covid-19 pandemic had handed Zanu PF an unfair advantage in election preparations.

“It’s not about elections, it’s about the pandemic and whether we will be able to have free and fair elections,” Komichi said.

“What is happening at the moment is, no other political party is allowed to do political programmes except Zanu PF.

“Every day, we see Zanu PF addressing its provincial meetings and it will be foolhardy for political parties to clamour for elections during this pandemic.

“That is an argument based on what ZEC is doing now that points to free and fair and democratic processes.”

“You can’t call for opening up for campaigning now because if you start the campaign, you will plunge Zimbabwe into what happened in India that went into elections and experienced over
200 000 new cases every day for more than a month.

“Many countries, I think over 80 of them, have put elections on hold to deal with the pandemic.

“It is a debate Zimbabweans must start talking about now, especially the opposition political parties because you will call for elections without necessary reforms then start calling the process unfair.”

Komichi said elections should only come after reforms that include those guaranteeing  freedom of assembly and ensuring the independence of ZEC, among other issues.

But the MDC Alliance said the push by the MDC-T to stop elections was motivated by a sinister agenda.

“We gathered that as well and it is very ludicrous and it sets a very bad precedent,” said MDC Alliance secretary for elections Ian Makone.

“There are countries, including Zambia and South Africa, who have not abandoned elections because of the pandemic.

“What they have in fact done is to take measures that enable people to exercise their right in a safe manner.

“We are supportive of all efforts to curtail the pandemic, but we are also sticklers for the provisions of our own constitution.

“Those advocating for postponement, I dare say, have reasons other than the pandemic and they should be exposed for what they are.”

Crisis in Zimbabwe Coalition director Blessing Vava said suspending the elections was against the country’s constitution and would plunge Zimbabwe into a constitutional crisis.

“What we need at the moment is to assess how other countries, namely Tanzania and Malawi, held elections under the same Covid-19 pandemic. Zambia will also be holding its elections next month,” Vava said.

“It’s an illegal proposal pushed by those without a political base, they know they will perform badly because the moment of truth is reckoning.

“They are afraid of defeat because they have been surviving politically at the mercy of the courts and the ruling party.”

Solomon Bobosibunu of the Election Resource Centre said: “Our position is that suspension or non-holding of elections cannot be done by ZEC alone neither can it be through an instruction from the executive through a statutory instrument.”