Mzembi, Hlongwane reach out to Mnangagwa 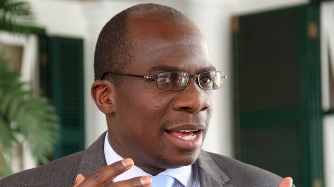 HARARE – Former Cabinet ministers Walter Mzembi and Makhosini Hlongwane
have joined the bandwagon of praise singers who are falling over each
other to curry favour with President Emmerson Mnangagwa after he was
confirmed as the country’s leader for the next five years.

Mzembi and Hlongwane, who were among the high-fliers before last
November’s ouster of former president Robert Mugabe, led the flurry of
congratulatory messages for Mnangagwa.

“The same occasion has heralded the beginning of our journey as a country
in what we can now all agree is the Second Republic,” he said, while
congratulating Mnangagwa’s “…assumption of duty as the chief executive
officer of the country, but even more importantly on your anointing as the
first citizen of Zimbabwe.”

Mnangagwa won the July 30 elections by a razor thin margin and although
the MDC Alliance led by Nelson Chamisa contested the outcome at the
Constitutional Court (Con-Court) citing a litany of alleged flaws, the
nine-member bench of the apex court upheld the Zanu PF leader’s victory
culminating in Mnangagwa’s inauguration on Sunday.

The MDC Alliance snubbed Mnangagwa’s swearing-in ceremony and instead has
approached the African Commission for Human and People’s Rights to
register its displeasure with the Con-Court ruling.

Mzembi said he has no doubt that under Mnangagwa’s leadership Zimbabweans
will be united again.

“The immediate task on hand which you have been doing so well in the
aftermath of the elections, is to unite our people in victory with
humility and reaching out to sore hearts and the disappointed with
magnanimity,” said Mzembi.

“I extend congratulations to CDE ED Mnangagwa upon his inauguration as
President of the Second Republic of Zimbabwe.

“I want to wish His Excellency a productive and peaceful five-year term,”
he said.

Both Mzembi and Hlongwane tried, albeit with little success to bring
Mugabe and Mnangagwa on talking terms but now, the past is seemingly
behind as they both try to sweet talk themselves back into the fold.

“I know only too well that both the election and  Con-Court charades and
the consequent inauguration are now behind us, as events.

“But their injustices are still here and won’t disappear.

“I feel pity for good Cdes in the system who now must defend the
injustices. Thank God, I got out!”