Nambya at risk of extinction

Source: Nambya at risk of extinction – The Standard 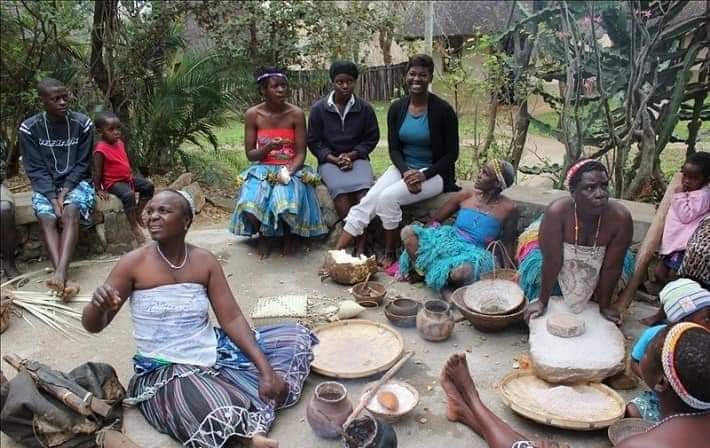 The Hwange community was happy when Nambya was introduced as one of the examinable subjects, with some learners seeing themselves as Nambya educationists, and even professors in future.

“Speaking and learning Nambya has always been my dream. One day I want to be one of the Nambya speaking professors who will raise the flag of the community high,” a Form 2 pupil at Chilisa Secondary School in Hwange says.

The language was elevated to Ordinary and Advanced Level examination level beginning 2015.

Prior to 2015, the previous Constitution recognised only Ndebele and Shona as examinable indigenous languages in schools.

But research done by The Citizen Bulletin shows that there are a few teachers who speak  the language, a situation that has seen many learners choosing Ndebele not their native Nambya.

Learners in Hwange are given an option of choosing between Nambya and Ndebele.

Gabriel Shoko, one of the custodians of the Nambya culture, says dreams of elevating the Nambya language are being shattered by lack of qualified Nambya teachers.

“I blame the responsible authorities for this. The Nambya language, like any other language, needs a professional teacher to educate the learners,” Shoko says.

“We appreciate the establishment of Hwange Teachers College and we are hoping that the college will also produce teachers who are not going to help in digging the grave of the Nambya language.”

“I would have preferred my child to learn Nambya as a subject but what disheartened me is most teachers who are teaching Nambya cannot even construct a simple sentence in the language ,” says Onita Sibanda, a parent with a child learning in one of the schools in Hwange.

“My daughter who was in the third grade once had homework in the Nambya subject which was sent via WhatsApp. Parents asked the teacher to explain the homework but that teacher failed to construct a sentence and explain her homework.

“Instead, she confirmed that she did not even know Nambya.”

A survey carried out by this publication also indicated that instructors who are teaching Nambya in schools are college students  on teaching practice (TP).

Lawrence Moyo a local author and poet who has published his work in Nambya  echoed similar sentiments saying the protection of  the Nambya language from the face of extinction lies in the education system.

“As parents, we need to encourage the learners to be proud of Nambya. Let us encourage them by choosing Nambya as a subject in schools,” Moyo says.

“The conservation of the Nambya language starts with us as parents. Most parents are losing confidence in our language, and thus they opt for a different language other than Nambya.”

But Moyo believes  the establishment of a Nambya community Museum may help in the preservation of the language and the Nambya tradition.

The Nambya Community museum has been on the cards for years.

Nambya is one of the indigenous languages spoken mainly in Hwange district and in some parts of Binga. It is recognised in the Zimbabwean Constitution alongside 15 others.

*This article was originally published by The Citizen Bulletin, a non-profit news organisation that produces hard-hitting hyperlocal reporting and analysis for the south western region of Matabeleland.