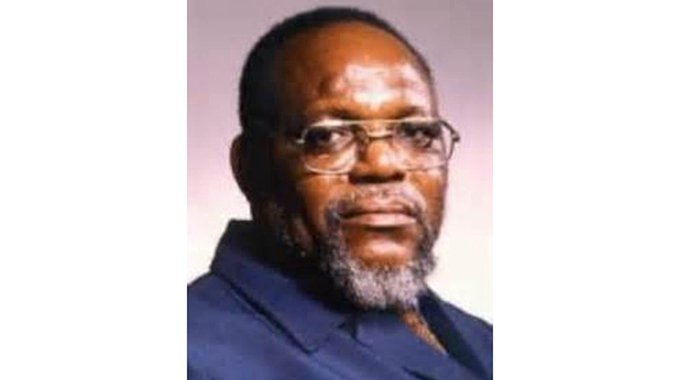 The nation yesterday commemorated 17 years since the passing on of the country’s first Deputy Prime Minister and Vice President Dr Simon Vengai Muzenda.

Dr Muzenda, described as the Soul of the Nation, died on September 20, 2003 at Parirenyatwa Group of Hospitals after a long illness.

The veteran nationalist and struggle icon was buried at the National Heroes Acre. Speaking in an interview yesterday, Senator Tsitsi Muzenda described her father as a humble family man.

“Besides him occupying an important position in the country, he always had time for us, his children and insisted on good behaviour from us,” she said. Cde Muzenda said the late Vice President valued African tradition and respect for one’s culture.

“When we reclaimed our land as a nation, he taught us that the land was our heritage and we had to safeguard it for our benefit and that of future generations,” she said. “This is one thing that I believe the country should learn from our late father in our quest to develop our country.”

Dr Mzee, as he was affectionately known, was born on October 28, 1922 in Gutu District in the then Fort Victoria, now Masvingo Province.

He went to Nyamande Primary School at the age of 14 and then proceeded to Gokomere Mission and afterwards to Domboshawa in 1944 where he trained as a teacher.

As early as 1945, Dr Muzenda demonstrated a high degree of political consciousness when he turned down a farming scholarship to train as an agricultural demonstrator, arguing that the career would require him to supervise the killing of cattle belonging to his fellow African people under the colonial government’s countrywide de-stocking programme.

He taught at Empandeni Mission where he met the former President Robert Mugabe, and started a friendship that was set to blossom years later.

His passion for education saw him enrol at Marianhill College in South Africa for a three-year Diploma in Carpentry.

After completing the course in 1948, he taught at Mazenod Catholic School, Mayville, Durban until 1950 when he returned home where he was soon to marry his childhood sweetheart, Maud Matsikidze, before settling in Bulawayo.

In South Africa, Dr Muzenda was inspired politically by the activities of Reverend Michael Scott, who was then fighting the Group Areas Act in the then Apartheid Republic.

He then returned home and got involved in burgeoning trade unionism in Bulawayo.

In 1953, Dr Muzenda was elected secretary-general of the British African National Voice Association, better known as the “African Voice”. Dr Muzenda later moved to the Midlands town of Mvuma in 1955, where he started his carpentry business.

In 1957, the late Vice President was involved in the Southern Rhodesia African National Council as it opened its branches in Fort Victoria.

When the NDP was banned on December 9, 1961 by the Edgar Whitehead settler regime, it was succeeded by the Zimbabwe African People’s Union (ZAPU). Again Dr Muzenda, unrelenting as ever in his revolutionary drive, soon took his place in the structures of the new party as Administrative Secretary of the then Fort Victoria.

In 1962, Dr Muzenda was banned from entering the African Tribal Trust Lands after he had recited the African prayer “Nehanda Nyakasikana”. In true fighting spirit that was to be the hallmark of his political life, Dr Muzenda challenged the ban in the High Court in Masvingo where he was defended by another great son of Zimbabwe, the late Cde Herbert Chitepo.

That same year in 1962, Dr Muzenda was arrested at Zvishavane for what the colonial authorities alleged had been a seditious speech, blamed for igniting riots in the small mining town.

He was sentenced to 12 years in prison but served only two years at Salisbury Prison, a time he used productively. He was to reflect later, “It became a place of study. We started GCE and after 20 years, I had to start from scratch. Then even though we were in prison, we started Zanu”.

After his release, he attended Zanu’s First Congress in Gwelo in 1964 where he was elected deputy organising secretary. He was arrested soon after his election for possessing a small starter pistol. He was convicted of the alleged offence and served his term at Wha Wha Prison in 1964 and later at Sikombela where he reunited with Cde Mugabe.

He assumed different roles in the liberation struggle in the 1970s and was the country’s Deputy Prime Minister at independence and later became Vice President.