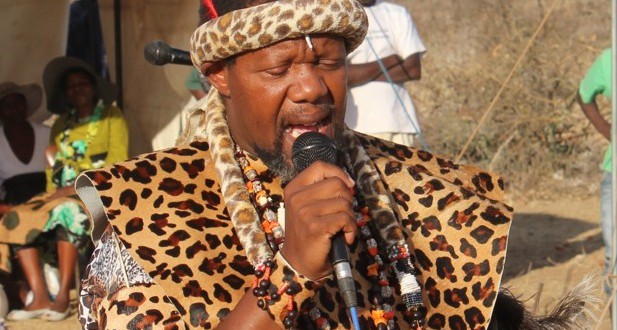 Dethroned Ntabazinduna Chief Felix Nhlanhlayamangwe Ndiweni  has warned that people are running out of patience with the government over its failure to implement electoral reforms.

Ndiweni, who chairs the United Kingdome based MyRight2Vote pressure group, was controversially removed from his position by the government  in 2019  after his brother challenged his ascension.

“These calls for electoral reforms were captured or encapsulated by documentation within the various election observers’ reports,” Ndiweni said.

“In essence these observers reports were co-authored by Zimbabweans and the international observers.”

He said the governments’ narrative had been that electoral reforms were somehow being imposed on Zimbabweans by outsiders.

“Yet the truth could not be further,” Ndiweni said.

“It was Zimbabweans who identified these reforms and instructed the election observers to ensure that they were included in the final documents, calling for electoral reforms.

He said part of the electoral reforms include the unconditional right to vote for the Zimbabwean diaspora.

“If we go back to the most hotly contested election of 2008, from now, that is 13 years waiting for the electoral reforms to be implemented,” Ndiweni added.

“ If we are looking at the other elections with significant issues, that was 1985 and that is now 36 years waiting for electoral reforms to be implemented.

“As MyRight2Vote our position is that the election reforms be implemented immediately.”

President Emmerson Mnangagwa’s government is under pressure to implement electoral reforms and level the playing field, which critics say is heavily skewed in favour of the ruling Zanu PF.

Zimbabwe has held a series of disputed elections since independence in 1980 and analysts say the 2017 military coup that toppled long time ruler Robert Mugabe represented a further erosion of democracy.