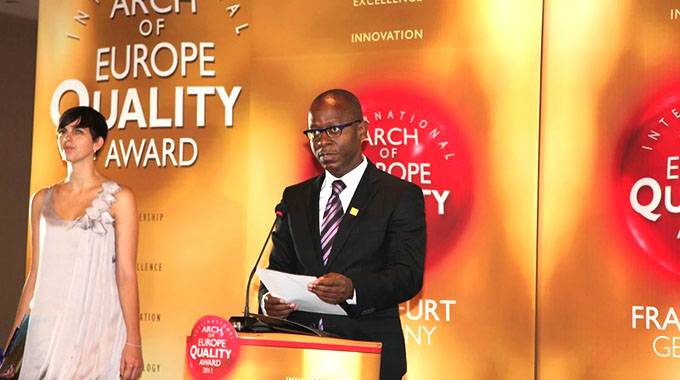 Mr Muchenje’s alleged gross misconduct related to his decision not to renew contracts for nine senior members of management after their expiry, a decision the board of directors claims was taken irregularly and without their knowledge.

But Mr Muchenje has since made an urgent chamber application at the High Court seeking to have the actions of the board of directors to rescind his decision not to renew the expired contracts for the senior managers declared a legal nullity.

NetOne board chairman Peter Chingoka, has since written to Mr Muchenje advising of his suspension for an indefinite period without full pay and benefits, to facilitate an investigation into the allegations of gross misconduct levelled against him.

During the period of the suspension, Mr Chingoka said, the NetOne chief executive will not be allowed to visit the company’s premises, conduct any company business without the authority of the board of directors. Mr Muchenje was also directed to return all company assets in his possession.

“I refer to the aforementioned and wish to inform you of the board’s decision to suspend you from work with immediate effect in terms of the provisions of the Labour (National Employment Code of Conduct) SI 15 of 2006. The suspension is without full pay and benefits. You are therefore hereby suspended on those terms,” he wrote.

Mr Chingoka said the NetOne board will immediately investigate allegations against Mr Muchenje and thereafter advise on the findings of that investigation.

The directors whose contracts Mr Muchenje had refused to renew, which were then extended by the board, are Brian Mutandiro, Sibusisiwe Ndlovu, Clever Isaya, Nancy Murove, Innocent Mukanditsama, Jennifer Muketiwa, Raphael Mushanawani, Cleopas Kadzimu and Solomon Manda. They are all cited as respondents in the High Court case.

Also, cited as respondents are Information Communication Technology, Postal and Courier Services Minister Supa Mandiwanzira and the Office of the President and Cabinet, which administers the Corporate Governance and Public Entities Act.

In the certificate of urgency filed at the High Court, Mr Muchenje said he took the decision not to renew contracts for the nine senior managers on July 27, 2018 after which the affected parties were notified and had their final salaries paid out, but the board immediately reversed it.

“On July 28, 2018 one day after the implementation of the aforementioned decision, a purported resolution was passed  by first to sixth respondents (board) reinstating the seventh to fifteenth (senior managers) on the strength of a ministerial directive from the sixteenth respondent (Minister of ICT) (requiring seventh to fifteenth respondents reinstatement)  employment contracts at a meeting irregularly and unprocedurally called and attended by first to sixth ( NetOne board members),” Mr Muchenje said.

He claimed the “irregular and unprocedural” meeting held by the board, with six out of 10 directors present, was called to approve a directive allegedly issued by Minister Mandiwanzira under whose ICT ministry NetOne falls reverse his decision not to renew contracts for the nine senior managers and to reinstate the contracts.

Mr Muchenje said a company such as NetOne was governed by constitutional documents that set out the process and procedure for calling and holding meetings for the board of directors.

He further claimed the decision to terminate the employment for the nine senior managers had been thoroughly considered by the relevant officers of NetOne including the legal department and human resources committee chairman.

“Approvals at the relevant levels were sought and obtained and the company policy and process were followed before written notification to the seventh to fifteenth respondents were made,” Mr Muchenje said in certificate of urgency.

He claimed that reinstating the nine senior managers whose contracts had lapsed would result in irreparable financial and reputational damage.

Mr Muchenje claimed that he was called to the “irregular and unprocedural meeting” for a friendly discussion to approve the reversal of his earlier decision not to renew the contracts as per “the minister’s demand for political reasons”.

Mr Muchenje claimed that he told the six board members at the irregular and unprocedural meeting that he would not rescind his decision, allegedly taken properly in accordance with Governance statutes of the State telecoms firm, in the absence of a good reason and written instruction from the minister, which the board said was not possible, but a written board directive.

As such, Mr Muchenje said the High Court application sought to have resolutions of the “special board meeting, which he said was secretive and did not follow proper notification procedures, declared void and of no legal effect or force”.

“This is an application seeking urgent relief in the form of a prohibitory interdict against the respondents set out in the draft order attached hereto and as a final order, a declaratory to the effect that a special board meeting of the board purportedly held on Saturday July 28, 2018 was irregular and resolutions taken at that meeting of no force and effect.”