Source: New block of flats for doctors | The Herald 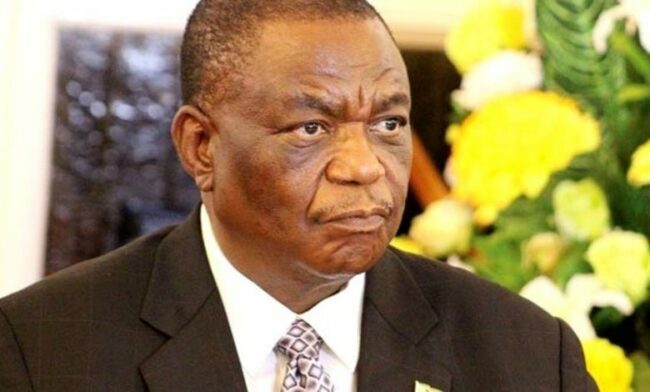 A block of flats in Harare is being bought by Government to open more accommodation for doctors and the stress on accommodation at all hospitals plus the right of medical personnel to import a vehicle and their medical equipment duty is part of the response to ensure medical professionals are properly looked after.

Plans to buy the block flats along Herbert Ushewokunze Avenue (Baines Avenue) were noted by Vice President and Minister of Health and Child Care Constantino Chiwenga during the just ended launch of the national surgical obstetrics and anaesthesia strategy 2022-2025.

The Vice President was responding to a query by a specialist doctor who is working in the diaspora who said she and other colleagues were keen to return home and serve locally, but were dissuaded by the prospects of having to then scrounge for basics like accommodation and personal cars.

VP Chiwenga replied that Government, as part of the New Dispensation’s thrust of prioritising worker welfare, had scraped duty on qualifying medical personnel importing cars or medical equipment. Government was now factoring in accommodation needs when constructing hospitals as is the case with the new Lupane Provincial Hospital.

In the short term, and for the benefit of those stationed in Harare, the VP told the doctors that Government was finalising the purchase of a block of flats for its workers.

“Duty free, that is not an issue. We have granted it. You will get it. If you want to buy your vehicle, you will get it duty-free,” said VP Chiwenga.

“You want to buy your medical equipment, it is duty-free. Just bring your papers to the Permanent Secretary.”

“The issue of accommodation, we are dealing with it. We want to deal with accommodation for junior doctors. To make sure that what we are saying is the truth. She is going there first, so that you can settle yourself.

“We are also going to be building accommodation facilities at our hospitals. This is what should be done,” said VP Chiwenga.

He was fielding a question posed by Dr Kudzai Kanyepi, a specialist medical practitioner who advanced her education abroad and has returned home, and wants to serve in her country.

As has now become his tradition, Vice President Chiwenga fields questions from doctors to hear and address some of their concerns as well as interact with professionals on how to improve the country’s health system.

Providing accommodation for healthcare workers is in line with President Mnangagwa’s vision of ensuring the conditions of service for civil service will be improved in both monetary and non-monetary terms.