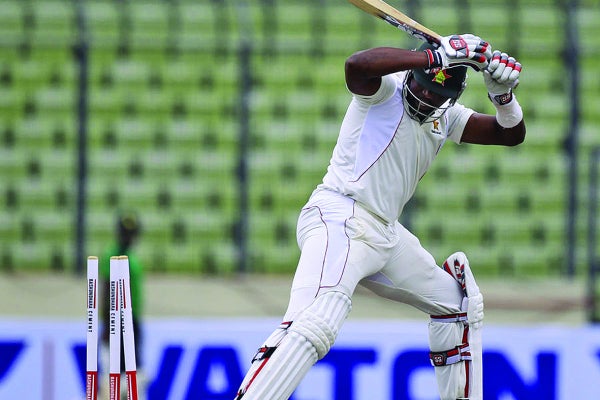 Zimbabwe Cricket (ZC) chairman Tavengwa Mukhuhlani has declared that the recent reinstatement of the country as an International Cricket Council (ICC) full member opens a “new and exciting” chapter for cricket in the country.

Mukhuhlani was speaking at a Press conference held in the capital yesterday.

The country had its ICC membership suspended in July following government interference.

The suspension, which lasted three months, cost Zimbabwe participation at the T20 World Cup qualifiers for the men and the women’s teams as well as ICC funding which was stopped with immediate effect.

“As I address you today this afternoon I do so with delight. I am elated that the ICC has reinstated us with all our rights as a full member of the ICC,” Mukhuhlani said.

“The players and staff had to go for months without salaries and match fees because funding had been stopped by the ICC. And any further sanction would have been disastrous for cricket in the country.

“It’s a huge relief for us and it marks the beginning of a new and exciting chapter for our cricket, with ZC’s focus now back on ensuring that our game is striving, sustainable and financially stable.”

Mukhuhlani paid tribute to Sports minister Kirtsy Coventry for playing a leading role to have Zimbabwe reinstated by mediating between ZC and the Sports and Recreation Commission.

“This is an outcome of a series of meetings led by the Minister of Youth, Sport, Arts and Recreation, (Kirsty) Coventry, between Zimbabwe Cricket and SRC,” he said.

“It’s important that I extend my gratitude to the minister for the role that she has played for SRC and Zimbabwe Cricket to find each other and to ultimately make sure that Zimbabwe’s membership was reinstated.”

The announcement on the lifting was made on Monday at the conclusion of an ICC board meeting in Dubai, the United Arab Emirates.

The ZC chairman revealed that Zimbabwe’s suspension did not cost the association financially, especially with the country’s team not participating at the ICC T20 women and men’s world Cups.

“The ICC will continue to drip feed funds to ZC as per the agreement reached in July 2018 and this means we will be able to settle outstanding salaries and match fees.”

Following the lifting of the suspension, Zimbabwe teams are now able to compete in ICC events, with the immediate focus turning to the Under-19 ICC World Cup set for January in South Africa.

The senior men one-day international team is also set to play in the ICC Cricket World Cup Super League, which will serve as part of the qualification process for the 2023 Cricket World Cup.

Zimbabwe is also scheduled to host Sri Lanka for a home series scheduled for mid-January 2020.