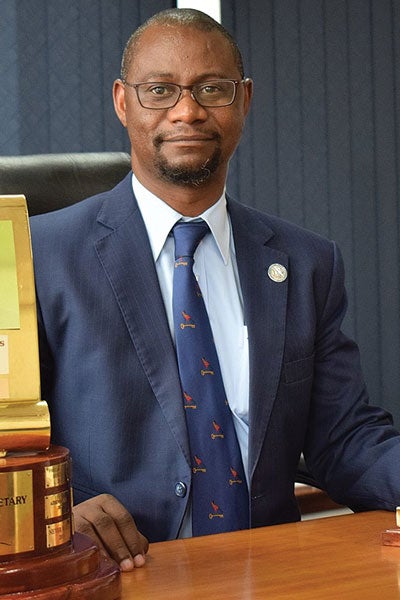 GOVERNMENT has come up with more pieces of anti-corruption legislation, in addition to the Money Laundering and Proceeds of Crime Amendment Bill, which Justice minister Ziyambi Ziyambi last week said would be speeded up in order to “deal with corrupt people”.

This comes as President Emmerson Mnangagwa on Tuesday talked tough on corruption while officially opening the Second Session of the Ninth Parliament.

The Money Laundering and Proceeds of Crime Amendment Bill is currently in the Second Reading Stage in the National Assembly.

Mnangagwa announced that more laws will be crafted, such as the Securities and Exchange Commission Bill, which he said will strengthen the anti-money laundering legislation, as well as amendments to the Public Finance Management Act in order to align it with the Constitution.

In the National Assembly last Wednesday, Ziyambi urged MPs to speed up speed up passage of the laws to deal with corruption.

“I brought in the Money Laundering and Proceeds of Crime Amendment Bill to deal with issues of unexplained wealth and we feel that it is the easiest way to target people who would have acquired wealth corruptly whereby unexplained orders are issued and you have to explain,” Ziyambi said.

“The Bill will be discussed in Parliament, and MPs must debate it very fast and improve it so that we can deal with corrupt people,” he said.

The Money Laundering and Proceeds of Crime Act was first enacted in November 2018 through Statutory Instrument (SI) 246 of 2018 under the Presidential Powers (Temporary Measures) Act.

“It is, therefore, surprising that passage of the Bill has been so delayed because the objective is enhancement of the legal weapons to fight corruption, money laundering, terrorist financing and tax evasion. Once it is law, the Zimbabwe Anti-Corruption Commission, Zimra and the police will be enabled, under judicial supervision, to demand explanations from persons who exhibit great wealth without having any apparent lawful means of obtaining it – and, if no satisfactory explanations are given, ill-gotten gains will be forfeited,” Veritas said.

Auditor-General Mildred Chiri has every year exposed massive corruption at government institutions, but few arrests have been made to date.