Then a Wind Blew, a novel written by Kay Powell and published by Weaver Press, Harare, Zimbabwe in February 2021, was officially launched in Bulawayo, Zimbabwe, on 28 April. Some 50 guests attended, and the author joined them from the UK via Zoom.

Source: New novel based on Zim struggle launched in Byo – The Zimbabwean 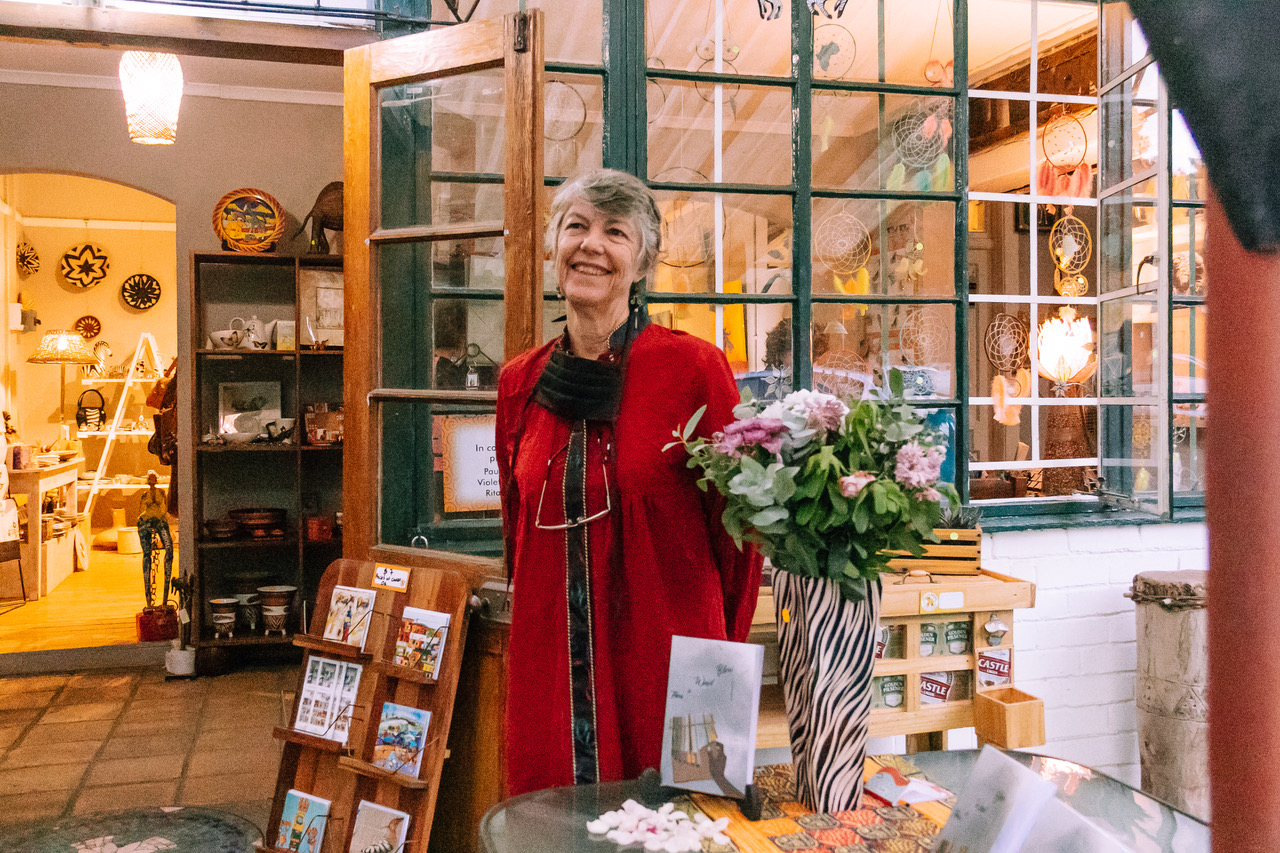 The venue was The Orange Elephant, which houses the Inganu Bookshop. An overriding aim of the event was to raise funds for the Zimbabwe Victims Support Fund, the charity that supports the extraordinary humanitarian work of Pastor Albert Chatindo among hundreds of vulnerable people in and around Bulawayo, work that in many cases is key to their survival.

After a short introductory speech by Violette Kee-Tui, the bookshop owner, Pastor Albert and one of his helpers, Di Charsley, took the platform to talk about the work they do. Verity Mundy, a long-standing friend of the author, then spoke briefly about her and introduced her to the guests. Kay thanked everyone for attending the launch, talked about the research she’d done for her novel and the task of writing it, and then answered questions that the audience had posed.

Prior to the launch, a video had been prepared, including Kay’s speech and her answers to the guests’ questions, to be used as a back-up should the Zoom link not work. This video can be seen at: https://www.youtube.com/watch?v=pA80a3aqNd4

There is also a YouTube video on the book, containing an author interview by a leading UK publisher and readings from Then a Wind Blew by four well-known British and Zimbabwean actors. This video can be seen at: https://youtu.be/WclsQb6Ej8U

Endorsements to date for the book include:

“The  tragedy of the war for Zimbabwean independence seen from both sides – a great work.”

SALLY ROSCHNIK (daughter of Guy Clutton-Brock, founder of the multiracial co-operative Cold Comfort Farm in what was Rhodesia, later imprisoned, then deported from the country in 1971)

“We who were close to it saw the Zimbabwean conflict as a man’s war. There is no such thing, and Kay Powell has channelled the voices to tell us so: women’s voices, with sad, brave, moving songs on their lips. How did we not hear them?”

MATTHEW PARRIS (columnist for The Times, and radio and TV presenter)

“A fascinating, ambitious and brave novel that will leave a lasting impression on the reader.”

“Kay Powell’s novel about women who were trapped in the brutality of the war for Zimbabwean independence, and tormented by it, is both compelling and important; their voices are now alive in this extraordinary and moving book.”

“Kay Powell writes with the authority and love of one who knows the territory intimately. In Then a Wind Blew, her Africa comes to life on the page, its brilliant landscape darkened with the fear of war, the threat of violence, and the sadness of shattered hopes. A moving and illuminating novel.

LEE LANGLEY (multi-award-winning novelist, regular book reviewer for The Spectator, and Fellow of the Royal Society of Literature)

“For anyone interested in Africa, and especially Zimbabwe, this is a book they should read. Personal, yet cleverly capturing the effect on all women of living in a war zone, it gives you a strong sense of being in Zimbabwe. And it will undoubtedly make you want to go there.”

“…This is a beautifully written novel and despite the harrowing story that it tells, a very enjoyable read. The author grew up in what was then known as Rhodesia and it’s very clear that she has a deep rooted love for the country as this shines through in the wonderfully vivid descriptions of the landscape. … What sets this book apart from other war based novels is the fact that it focuses on the conflict from a predominantly female perspective. This was a first for me and until I read this book, was a point of view that I had given little or no consideration to, but one which needs to be talked about when you take into account all of the conflicts currently happening in various places around the world. …A truly haunting novel that will stay with me for many months to come.”